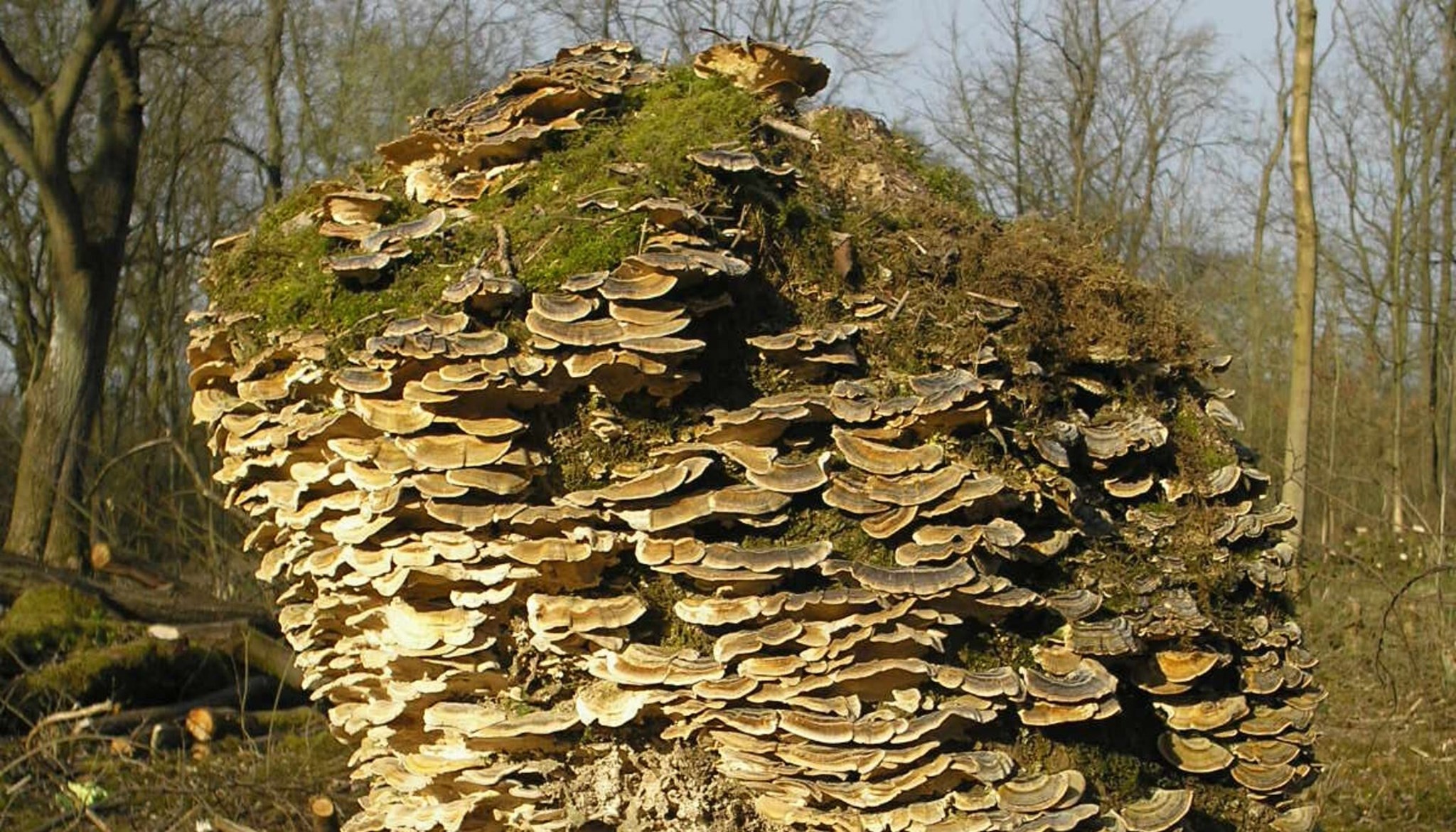 In the UK alone, there are around 15,000 species of fungi, making up almost a quarter of all the living organisms found here. This time of year (particularly after a good heavy rain) is perfect for getting out into your local parks and woodlands to look for fungi.

Mushrooms are the fruiting body of a fungus and come in all shapes, sizes and colours, ranging from vibrant ‘toadstools’ like the highly poisonous Fly Agaric to slime moulds and microscopic yeasts. Their role is to produce spores that allow the fungus to reproduce. Below the ground fine threads, called mycelium make up the main body of the fungus and these underground networks are the waste recycling centres of the natural world. They have a fundamental role in our ecosystem, breaking down organic material and recycling nutrients back into the soil. 95 per cent of plants rely on fungal connections, receiving water and nutrients in exchange for sugars.

This time of year, there are a couple of charismatic fungi to look out for in our parks and woodlands. Get out into Linford Wood or Howe Park Wood and see if you can spot the following…

Chicken of the woods (Laetiporus sulphurous)

This vibrant, sulphur-yellow bracket fungus is often easy to spot, growing high up on trunks of standing deciduous trees such as oak, beech and chestnut. The Chicken of the woods gets it name from the texture of its flesh, which is said to resemble cooked chicken. 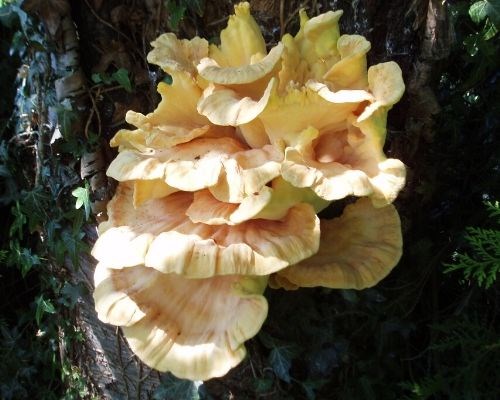 During the autumn and winter months the funnel cap mushroom can be found in both coniferous and deciduous woodland, often along grassy glades. You can find this mushroom growing in groups or large circles known as fairy rings. 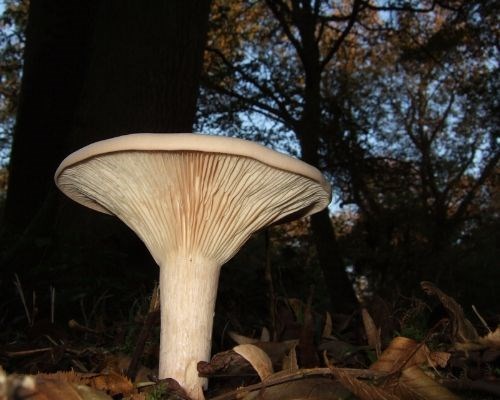 This small bracket fungus gets it name from its resemblance to a fanned turkey tail. It grows in colourful tiered layers on dead beech or oak wood and can be found growing in many of our woodlands all year around, exhibiting most vivid colours in the autumn and winter. 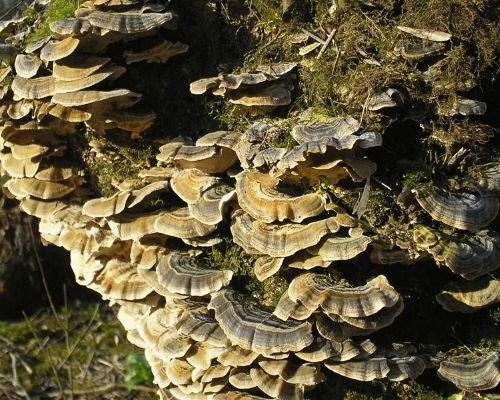 Jelly ear is an example of one of the weird and wonderful fungi you can see in Milton Keynes. It’s an ear-shaped bracket fungus, with gelatinous, jelly-like flesh. It thrives in damp, shady conditions and can be found on dead or dying branches of sycamore and ash. 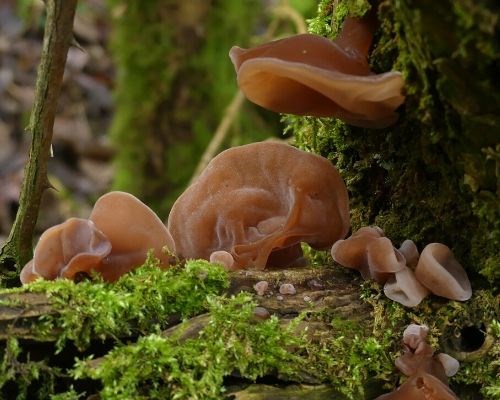 Whilst there are many edible and delicious wild mushrooms, we advise that you don’t pick them unless you are accompanied by an expert in fungi identification. Mushrooms are also an important food source for badgers, deer, mice and a variety of minibeasts, slugs and snails, so leaving them means there is more for your local wildlife to eat.

Share photos of the fungi you spot with us on social media @TheParksTrust.