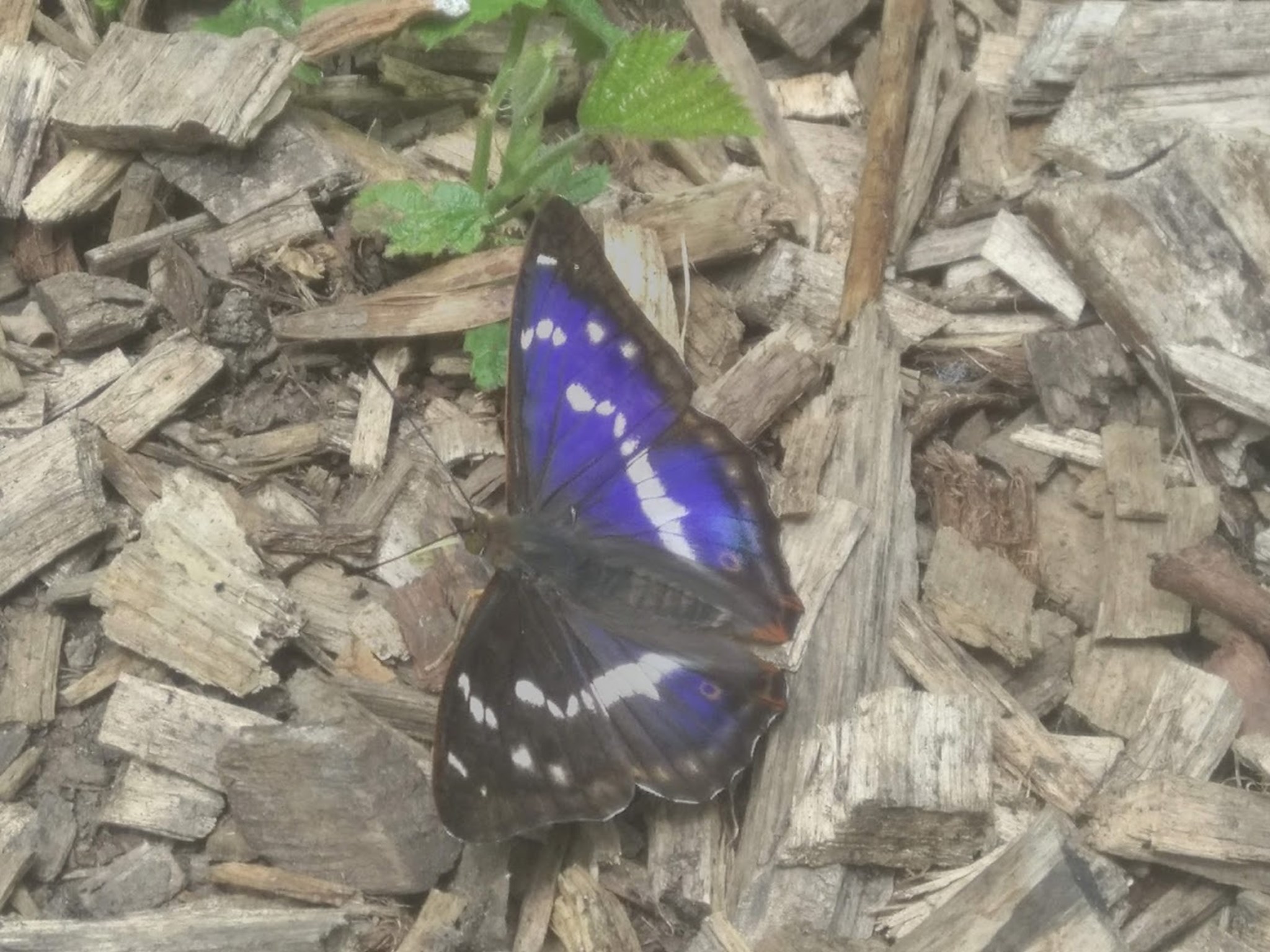 One of the UK’s largest and most spectacular butterflies is now on the wing in the city’s woods.

The Purple Emperor, a much-sought after insect by naturalists and photographers, has been seen in Howe Park Wood, Shenley Wood and along the North Bucks Way in the past week. The male emperor with a wingspan of 8-9cm, has an iridescent purple sheen on his wings which give him his name whilst the slightly larger female is black and white.

Whilst carrying out a butterfly survey at Shenley Wood on 5th July, The Parks Trust’s Biodiversity Officer Martin Kincaid was amazed when this magnificent butterfly landed just a few metres away from him. These insects spend most of their life soaring around the tree canopy and only rarely visit the woodland floor where they feed on salts and minerals which they obtain from woodchip, puddles, carrion and even animal faeces! They rarely visit flowers.

Martin says “we have known that these butterflies are in our woodlands for the past five years or so but usually I just get a fleeting glimpse as one flies through the trees. To see one feeding on the ground like this, and with both wings showing vivid purple, is a rare treat. I was lucky that it stayed on the ground for 20-30 minutes and His Majesty permitted me to take lots of photographs with my phone and show him to some passing dog walkers”.

As well as this close encounter in Shenley Wood, flying Purple Emperors have been seen at Howe Park Wood and along the North Bucks Way near Oakhill Wood in the past few days. July is the peak season for this noble insect, so why not get out to one of our woodlands and see if you can spot one for yourself?