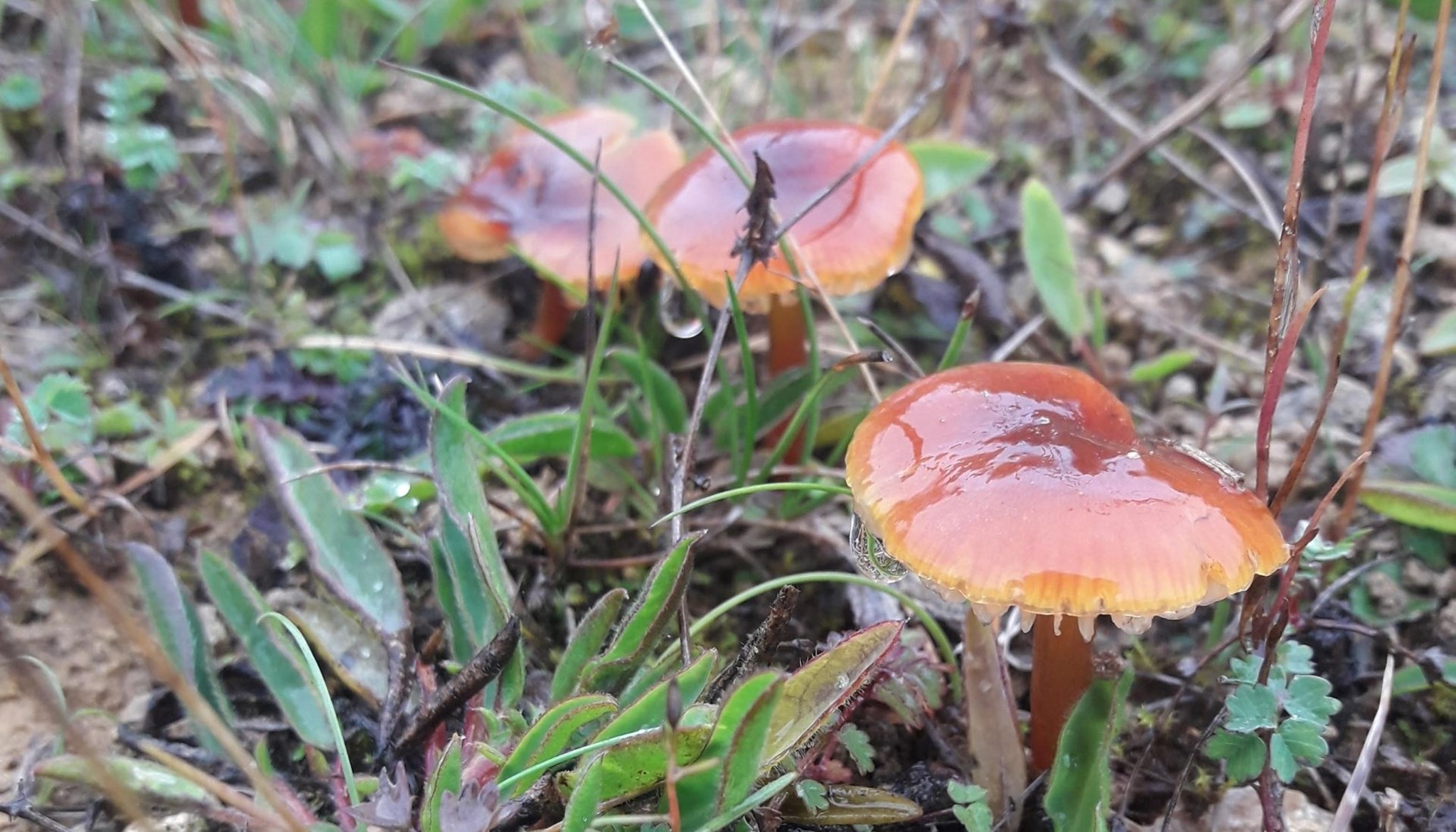 As the daylight hours are drawing in and the days are getting shorter into winter, this is the time when fungi come to life. Although mushrooms can be found all year round, autumn is prime time for their fruiting bodies and are only the tip of the iceberg for the vast underground network of mycelia, extending many hundreds of meters away.  From toadstools to fairy rings, fungi have a history of folklore and associations with magic, throughout the past.

You might be surprised how many foods are made using fungi. Fizzy drinks, wine, beer, cheese, bread, Marmite, Quorn, coffee and chocolate all depend on fungi. Fungal mycelium is also being used to create environmentally friendly leather, packaging and even building materials!

Fungi, is in a kingdom of its own, separating it from plants and animals; consisting of mushrooms, bracket fungi, moulds, yeasts and (with algae) lichens. Mycology, the study of fungi, covers a range of 12,500 species found in the UK but only 4,500 are typical mushrooms. With new species being discovered all the time they provide a crucial source of the food web in our parkland habitats for wildlife.  Without fungi, the beautiful fallen autumn leaves would not break down into the soil.

From Chicken of the woods to Turkey tail, here’s some of the best fungi to see in MK:

Why not venture in to your local parkland to see what you can spot? We’d love to see your photos! Don't forget to tag @theparkstrust on social media.