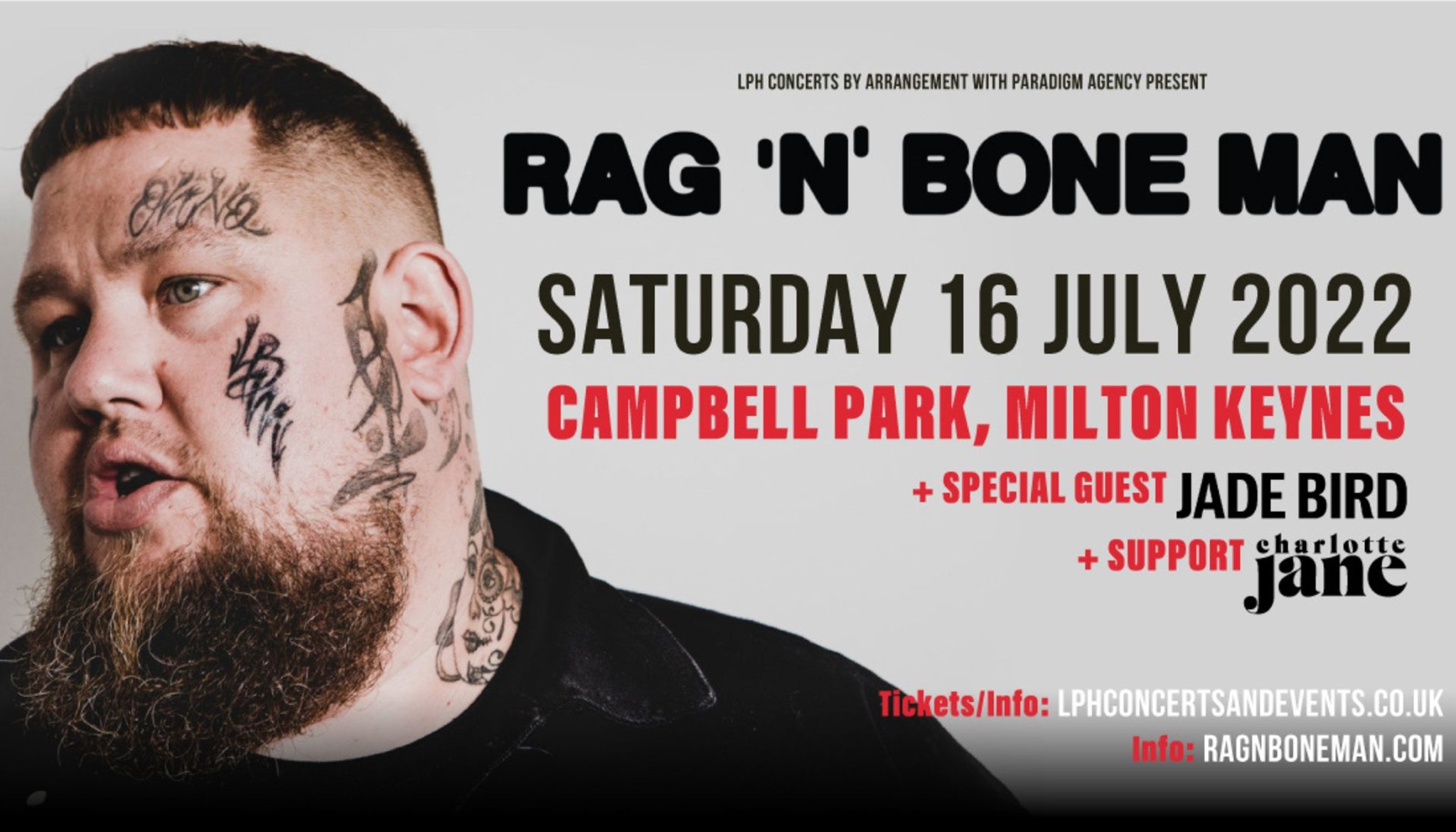 Saturday 16 July
17:00-22:45
Campbell Park
From £43.45
Suitable for all ages (under 16s must be supervised)
Click for directions
Visit the website
View Events Calendar

Rory Graham, aka Rag‘n’Bone Man, is an English singer-songwriter known for his baritone voice. He won the 2017 BRIT’s ‘British Breakthrough Act’ and receiving the BRIT’s Critics’ Choice Award in the same year. Rag‘n’Bone Man cemented his success with the record-breaking release of his multi x platinum No. 1 album Human. In 2018 he was awarded another BRIT Award for ‘British Single’ for the title track (Human) in 2018. The album went on to be an international hit earning Rory sell-out tours and festival appearances around the world. At the 2020 Ivor Novello awards, Rag’n’Bone Man scored the award for Music Most Performed Work with his 2x Platinum hit ‘Giant’ with Calvin Harris. His 2021 sophomore album, ‘Life by Misadventure’ was released on 7 May 2021 was preceded by two singles: "All You Ever Wanted" and "Anywhere Away from Here", a duet with American singer Pink. The album debuted at number one making it (so far) the fastest-selling album by a solo artist in 2021. Special guest Jade Bird and support Charlotte Jane.