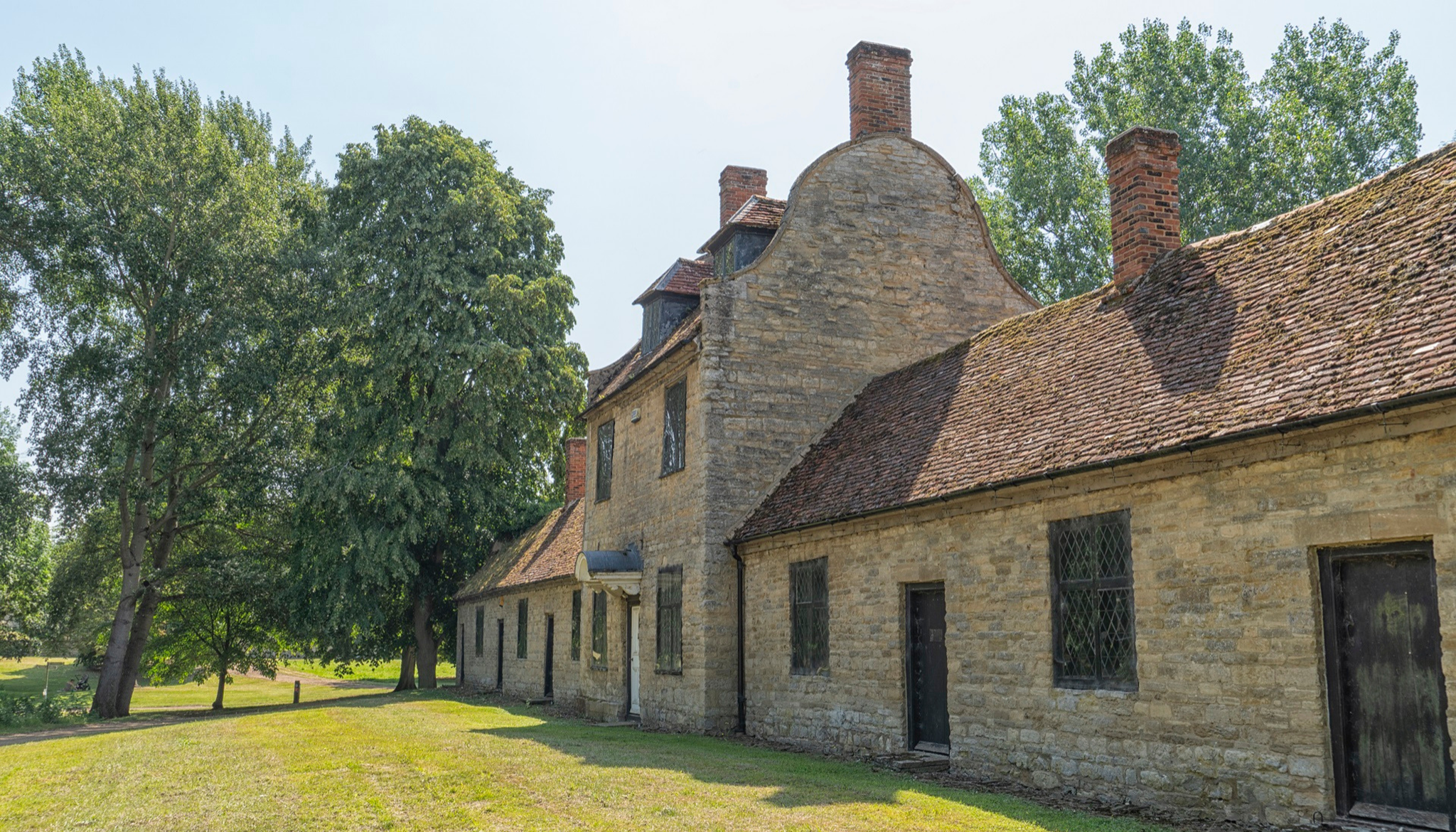 The almshouses in the park are particularly special because of what they can tell us about society in Great Linford at the time they were built.

They were commissioned by Sir William Pritchard in around 1702, who, like many other wealthy individuals in Early Modern England, used their wealth to provide welfare for elderly poor people in their community. The Great Linford almshouses are situated in a particularly beautiful setting overlooking the ponds, which at the time were part of a cascading water garden. We are currently restoring the water gardens as part of our National Lottery Heritage Fund Project. 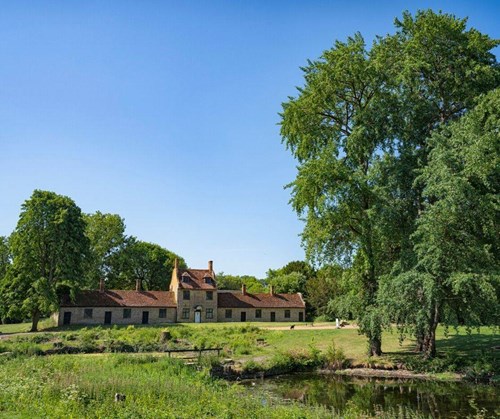 The central building is the schoolhouse. It has a Dutch-gabled roof, which is a common sight in cities like Amsterdam and may have been a nod to the Dutch King William of Orange and his Queen Mary who were on the throne at the time.

Pritchard's Charity paid for a teacher for the school and a new set of clothes or a cash payment for the almshouse residents. They remained occupied until the 1960s. You can soon find out more about some of the residents by visiting our People web pages.

An example of an 18th century almshouse interior can be seen on a visit to the Geffrye Museum of the Home in London.

Read about the almshouse school