Frances Uthwatt and the Georgian Manor

Frances Chester was born in 1728 and grew up at her family home of Chicheley Hall, near Newport Pagnell. Today the house is a residential centre for the Royal Society. According to her family memoir[1], Frances was ‘short and fat, and ungraceful in her person’.

The Chester family were comfortably well-off as Frances’ father, John, was the Sixth Baronet of Chicheley (a baronetcy is a hereditary title given by the Crown which ranks lower than a Viscount[2]. It means you’re a commoner but can be called Sir).

Frances had two brothers, one of whom, Charles (b.1724) inherited the estate after their father died in 1748, becoming the 7th Baronet. Unfortunately, Charles was into gambling, drinking and women and squandered much of the family fortune during his life. In a drunken spell in 1755, he threw himself out of a window, having made a will leaving everything to his cousin. Frances didn’t inherit anything. Still, it didn’t matter too much as Frances had escaped to a new life as the wife of Henry Uthwatt, whom she had married in 1750. 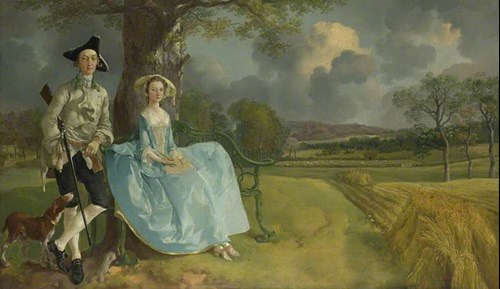 Figure 1 Perhaps Frances and Henry Uthwatt would have looked a bit like Mr and Mrs Andrews in Gainsborough’s 1750 painting? Via Art UK, photograph © The National Gallery.

Henry would have probably been quite a good match for Frances as he was set to inherit Great Linford Manor, and as we know, in Frances’ day upper-class women had to marry well in order to be well-provided for since they didn’t work. Henry did inherit the Manor in 1754 after they’d been married for 4 years.

Frances lived at the Manor during its heyday when the gardens would have been laid out in the English Landscape style, perhaps under Richard Woods[3], perhaps not. The pavilion stables had recently been built by Henry’s great uncle Thomas and provided a beautiful view from the Manor house. Frances and Henry may have held dinner parties and balls at the Manor, with guests arriving from the High Street entrance and pulling up in front of the house in carriages. The horses would then have been led to the pavilion stable blocks before collecting guests again at the end of the night. 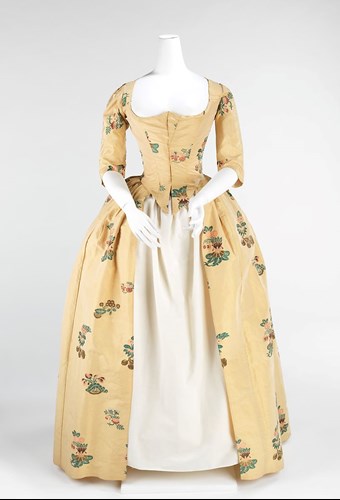 Figure 2 Frances might have worn something like this Robe á l'Anglaise, which was fashionable between 1720 and 1780. Photo from Metropolitan Museum of Art.

Sadly, just three years after inheriting the manor, Henry Uthwatt died of consumption (tuberculosis) at the age of 29, leaving Frances a young widow in charge of the estate. Some years afterwards Frances was briefly engaged to the Great Linford Rector, Rev Lawson Shan, but it was not to be as Shan died in 1770. After this, Frances managed the Manor under the gaze of estate trustees[4] for many years. During this time, she made some changes to the estate, perhaps more than we have records for: she re-fronted the Manor, had the roof lowered and slates were added. She may also have made changes to the landscape garden, perhaps adding the fashionable Doric Seat and Ha-ha. Sadly we don’t yet have any evidence to confirm who added these features.

Interestingly, during her time at Great Linford, the Grand Union Canal was being built across the country. English Landscape Gardens were going out of fashion and Industry was all the rage. An Act of Parliament decreed that the canal was to be cut through the Great Linford estate, and nothing could be done about it. Perhaps reluctantly on Frances’ part, she and the estate trustees agreed to the plans, which is unsurprising considering one of them owned a colliery in Warwickshire[5] so stood to gain from the new canal and its connection to London.

This must have been incredibly frustrating to Henry Andrewes Uthwatt, Frances’ husband’s 4th cousin, who was next to inherit. Henry actively opposed the canal plans saying: “would any gentleman like to have such a nuisance near his garden or in view of it?”.

In the same year as the canal was being cut in 1800, Frances died at the age of 72, which was fairly old for those days. Henry Uthwatt Andrewes inherited, having changed his name to Henry Uthwatt Andrewes Uthwatt to fulfil a promise to Frances’ husband. Sadly, his beloved views across the estate to the River Ouse valley and Little Linford were gone and a new era of Great Linford Manor began.

[1] Genealogical Memoirs of the Extinct Family of Chester of Chicheley, their Ancestors and Descendants by R. E. C. Waters.

[3] Richard Woods was a successful garden designer in the 18th century and may have designed Great Linford Manor’s gardens as he did at neighbouring Little Linford. However, no plans have yet been found to confirm his involvement.

[4] Henry Uthwatt had appointed the estate trustees to help manage the estate after his death.