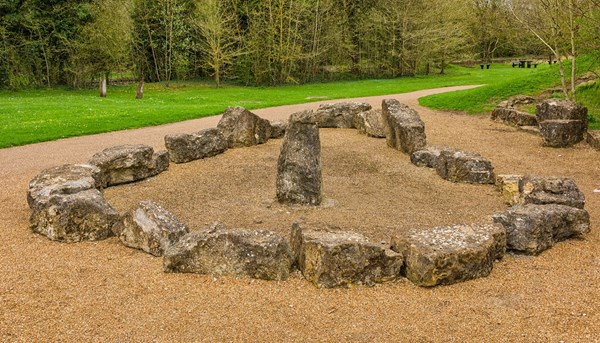 The stone circle at Great Linford Manor Park. The quarry is just behind.

Great Linford Manor Park was formed 168.3-166.1 million years ago during a period known as the Middle Jurassic, a time when dinosaurs were still around! Much of the park has a bedrock (rock lying under the soil) of limestone, which is unusual for Milton Keynes but not uncommon in Buckinghamshire. At this time limestone was forming and this part of England was a shallow tropical sea dotted with tiny islands, much like the Florida Keys today. We know that the environment was once like this because of the kinds of fossils that have been found in the quarry on site. The rocks contain bioclasts: tiny fragments from the skeletons of once-living marine and land organisms, and other fossils of brachiopods, oysters and other molluscs. Stone from the quarry was probably used to construct some of the buildings in the park, most likely parts of St. Andrew's church where fossils can still be seen in the walls. Although arranged like a prehistoric monument, the stone circle outside the quarry was arranged in the 1960s. The stones were probably hewn from the quarry when the canal was being constructed in the 19th century, left on the canal bank and later rearranged by MK Development Corporation into this feature many years later. For more information watch our video with Dr. Jill Eyers explaining the geology of the park. 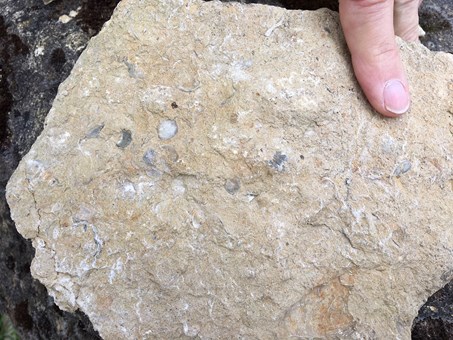 Excavations in the 1970s by Milton Keynes Archaeological Unit revealed that the earliest people to settle at Great Linford were the Saxons in around the 7th century AD. Archaeologists found remnants of Saxon pottery around the park and a layer of Saxon pot sherds was found sealed beneath the floor of St. Andrew's Church. These early settlers were probably attracted to the site because of its access to freshwater, provided by the natural Hine Spring. This spring still feeds the ponds today, and it's one of the features to be restored in our National Lottery Heritage Funded project. 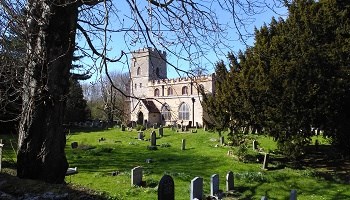 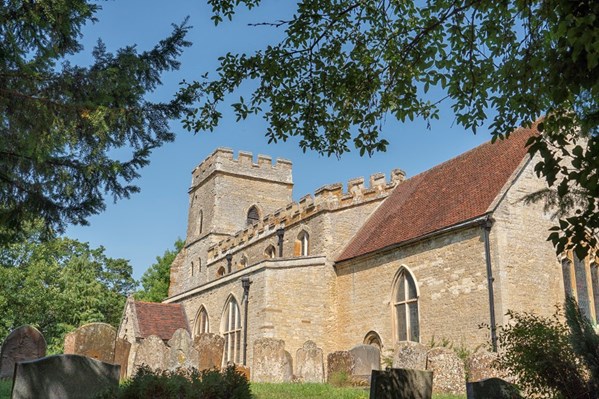 St. Andrew's Church, situated in Great Linford Manor Park, where sherds of Saxon pottery were found in the 1970s.

Large-scale excavation of the manor house took place in 1980 to the south side of the church when the car park for the Arts Centre was being planned. From the late fourteenth to mid sixteenth century the manor was being established. There was a hall with cross-passage for a service room and a separate building used as a bakehouse/brewhouse. By the seventeenth century the house had been altered extensively with a north wing added and the east side having been rebuilt. Barns were constructed to the east on the site of earlier cottages. In 1679 the manor was demolished by Sir William Pritchard. 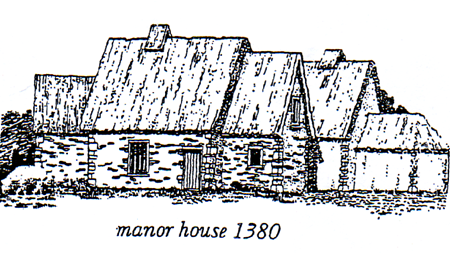 The early excavations revealed the location of Great Linford's medieval high street, which was found to run through the centre of the park, approximately where the path from the high street leads today. Houses along the ancient high street had limestone rubble bases with timber-framed wattle-and-daub structures. They were not usually given foundations because the clay subsoil they were built on was very solid. By the mid sixteenth century, some buildings, including the original manor, had glazed windows and some were roofed in tile. The houses were small, only around 5m x 4m. 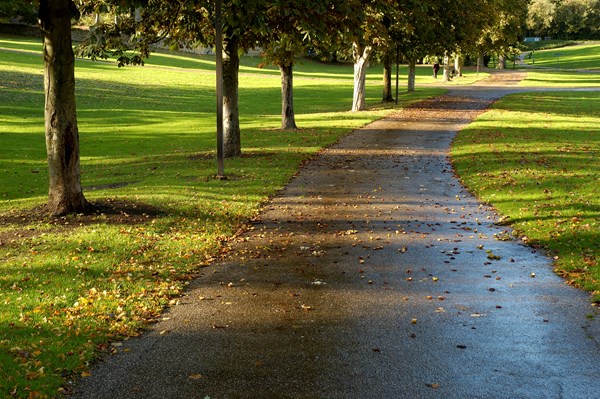 Path following the line of the ancient High Street, from modern High Street down to ponds.

In 2017 the ha-ha was investigated by a team from Cotswold Archaeology. A ha-ha is a ditch that separates the parkland of a country estate from the more formal gardens. Archaeologists have traced the ha-ha around the extent of the formal gardens, and it reaches both the canal to the north and the high street to the south. An area of the ha-ha was exposed and the stone wall was discovered still inside. This section will remain open for the public to view. 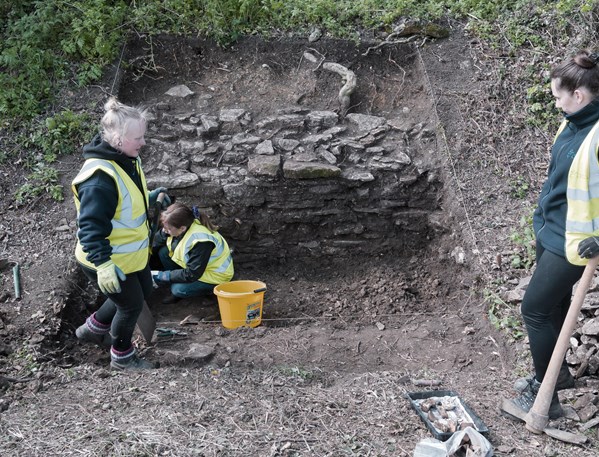 Excavation of the ha-ha, 2019. Photograph by Hugh Robinson.

First surveyed in 2017, the Doric Seat was later excavated as part of the 2019 Community Archaeology project led by The Parks Trust and Cotswold Archaeology. The base had survived when the structure was burnt down in the 1960s, and archaeologists were able to work out what it would have looked like. Internally the floor plan was open and there would have been space for seating and perhaps a table. The front of the Doric Seat faced out over the Ouse Valley beyond, so walkers would have approached the rear of the structure when exiting the Wilderness. As part of our Heritage Fund project, we are reviving the Doric Seat in a modern, sympathetic style.