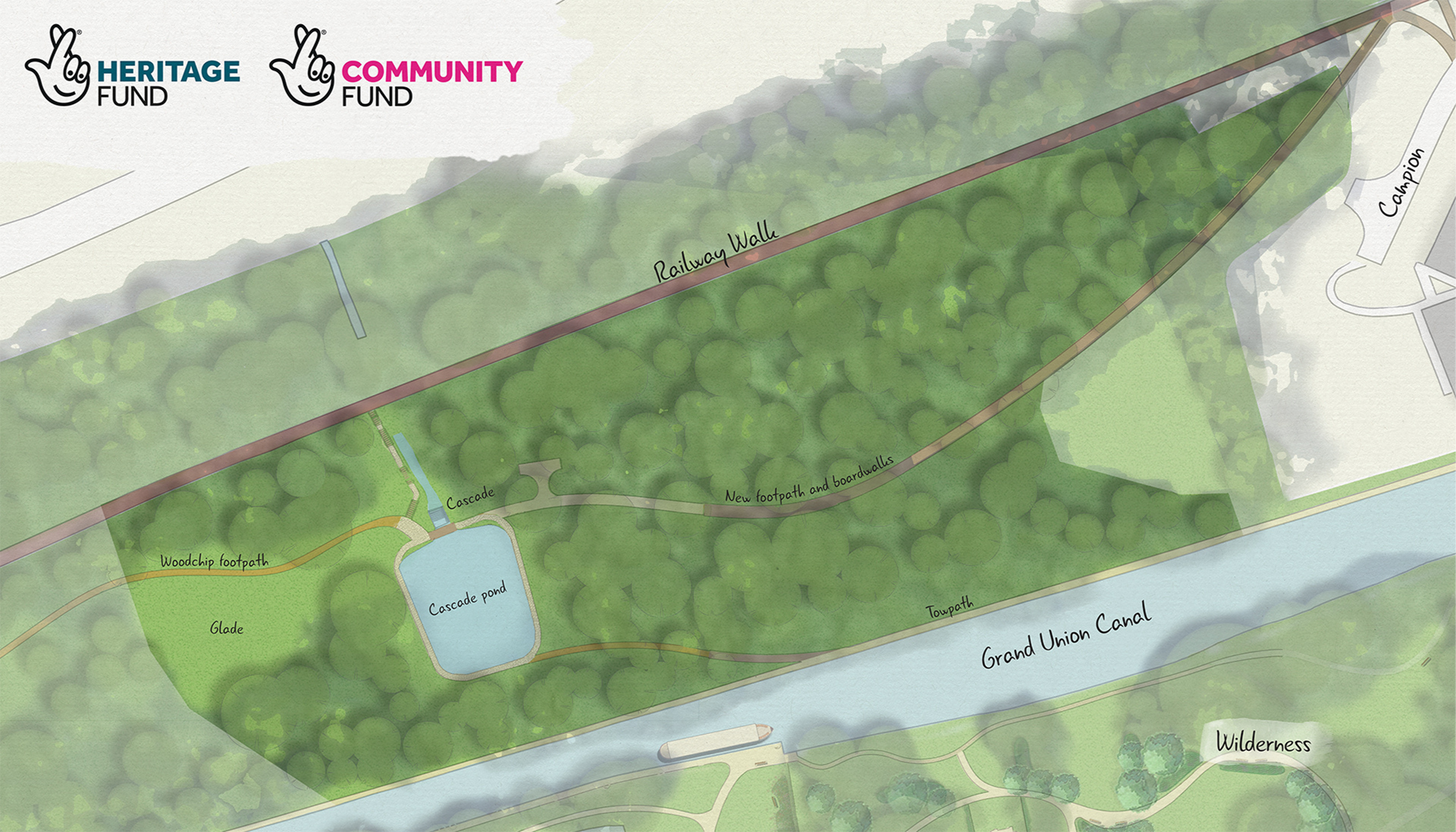 Few visitors know that there is a pond hidden away on the North side of the Grand Union Canal. Known as the Cascade Pond, it was originally part of the Water Gardens network that connected the ponds across the estate. When the canal was cut in 1800 the Cascade Pond was marooned.

The pond itself is in relatively good condition with a sound structure, but it was full of leaves and tree debris so we have been carrying out dredging works to clean it out. The cascade itself is being upgraded as water was flowing underneath it rather than over it! This is because of trees dislodging the structure and water seeping in. The new structure will be very similar and water will flow down the cascade once again.

For more information about how we're restoring the ponds, watch our video with Marcus White our project hydrologist.

Some vegetation and trees have been removed to help improve the cascade structure, but we are retaining the feeling of a wild and secret garden with paths leading around the water's edge. A new clearing is being created to the west of the pond and we are building new access to the area with a footpath leading from the Campion Estate and down from the canal's towpath. Stepped access will be improved to lead down from the Railway Walk. 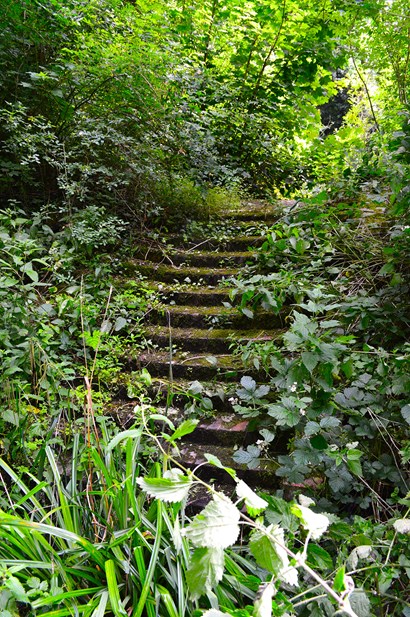 The old Cascade was overgrown and water was flowing under rather than over it.