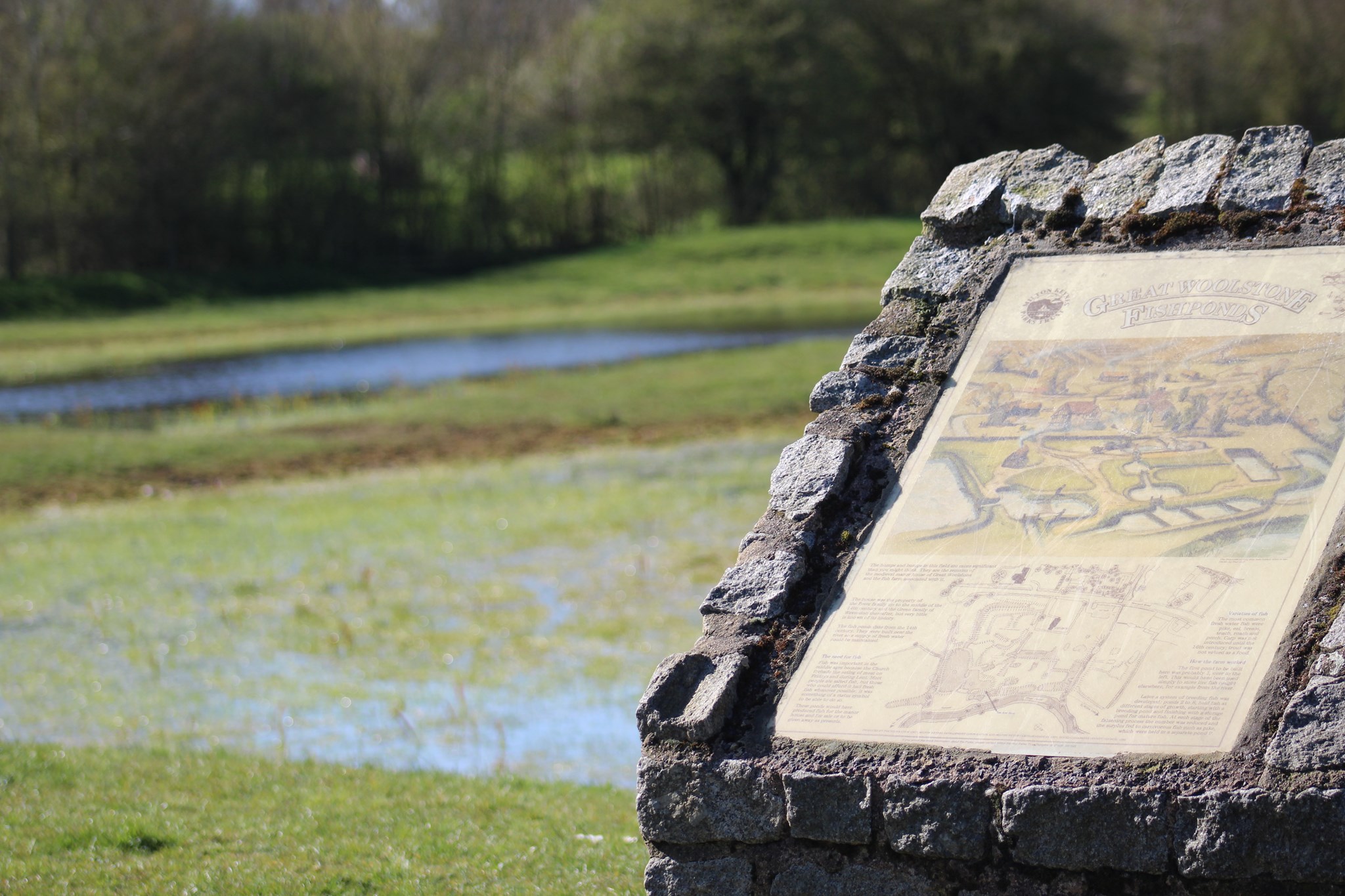 The shrunken village sited in parkland of Woughton on the Green has clearly defined earthworks.  Shrunken medieval villages tell us a lot about settlement and economy patterns in the medieval period and the site in the Ouzel Valley which stretches from the Grand Union Canal to the River Ouzel, survives as a linear spread with remains of small garden crofts, house platforms and back alleys.  Ridge and furrow evidence show signs of early ploughland with a distinctive S-curve.

Up until the seventeenth century houses, crofts and farms occupied what is now the grazing land of the Ouzel Valley Park  and Woughton’s ‘village green’.  It is unclear as to why the medieval village was abandoned, and houses and farms rebuilt towards the edge of the village in the area towards what is now the Grand Union Canal.  One of the key features within the parkland of Woughton-on-the-Green is the former village street ‘Meadows Lane’ denoted now by a sunken strip which can be viewed from a bridge overlooking the earthworks.  Behind this is St. Mary's church, the only surviving medieval building in Woughton.  The present Woughton House Hotel probably occupies the site of the original medieval manor house.

Further up the Ouzel Valley at Woolstone is evidence of a moated site and medieval fishponds farming system situated beside the river.  The fishponds date from the 14th century and the river provided a supply of fresh water for the maintenance of the medieval fish farm.  Fish was a main source of food in the medieval ages, most people ate salted fish but for those who fresh it was a status symbol to be able to do so.  These series of fishponds would have produced fish for the manor house and for sale.  The fish farm would have worked with one large pond (still visible beside the hedgerow) to store live fish caught from the river with a later system of ponds for of breeding fish held in 8 different ponds to hold the fish at different stages of growth finishing with a storage pond for mature fish.  Further up the village towards the cricket green is the site of a medieval moat.

The scheduled ancient monument at Milton Keynes Village constitutes a moated site and associated fishponds and earthworks situated to the west of All Saints’ Church, Milton Keynes Village.  The moat survives as a series of shallow hollows and along the north side as a substantial ditch up to 12m wide and 2m deep.  Part of the monument is shown has medieval ridge and furrow and fishpond complex possibly site of manor house and fishfarm.

See the Heritage England Listing for this site.