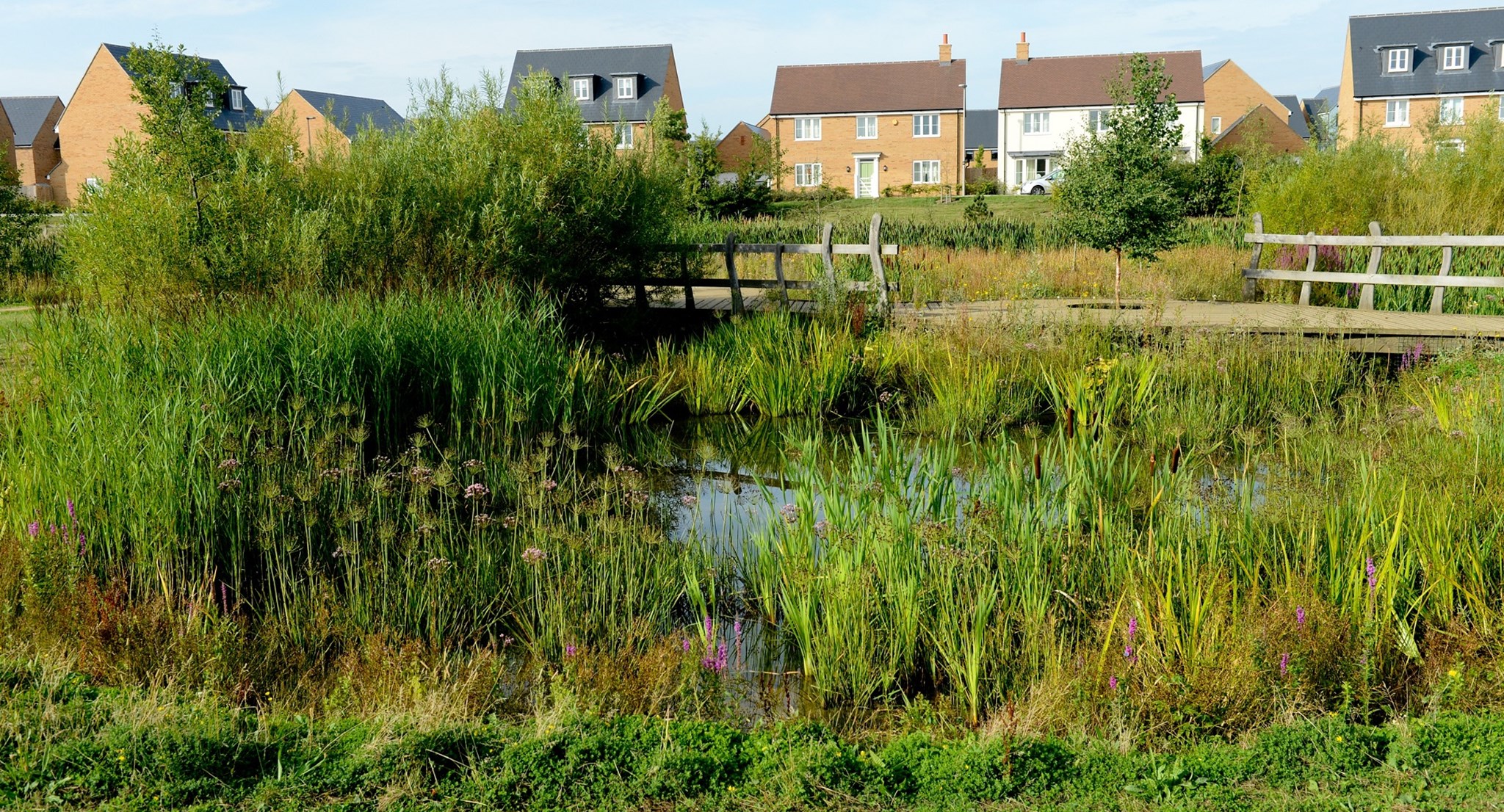 The Eastern Expansion Area of Milton Keynes was first designated in 2005 and is now at an advanced stage of development. It includes the residential estates of, Broughton Gate (now complete); Brooklands (largely complete); Glebe Farm and Eagle Farm (partially complete); and the commercial warehouse development of Magna Park, which is mostly complete and occupied by various companies.

In 2012, the Parks Trust took ownership of the first phase of new parks in the Eastern Expansion Area at Broughton Gate, including an extension to the Broughton Brook Linear Park. We have gradually been taking other parks and play areas as the phases of the development are completed, including the Brooklands Meadow Linear Park, a section of the Magna Park Linear Park, and the 'Sensory Island' Play Area in Glebe Farm. Planned transfers to the Parks Trust include Brooklands Ridge, a large landscaped earth bund that has been created to separate the development from the noise and view of the M1.

For more information about The Parks Trust’s involvement in the Eastern Expansion Area and for the latest details of the parks that have been transferred into our care contact us via info@theparkstrust.com.