Few people know that on our doorstep in Milton Keynes is a Local Geological Site. Nestled behind the stone circle at Great Linford Manor Park lies an ancient quarry made of Blisworth Limestone. This kind of rock runs from Lincolnshire to Oxfordshire and it is pale grey to yellowish in colour. It was predominantly deposited during the Bathonian age, which happened in the Middle Jurassic period, between approximately 168.3-166.1 million years ago. At this time when the limestone was forming, this part of England was a shallow tropical sea dotted with tiny islands, much like the Florida Keys today. 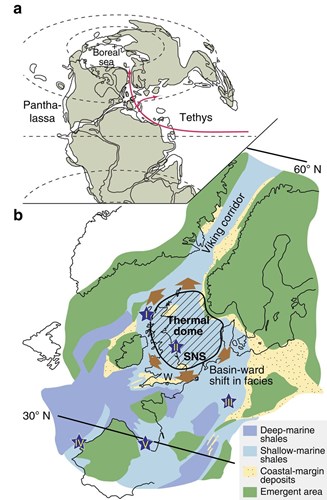 The quarry is particularly interesting because the rocks contain bioclasts. These are tiny fragments from the skeletons of once-living marine and land organisms, and a type of fossil. Although the stone circle is modern, it was probably hewn from the quarry when the canal was being constructed and the rocks were arranged into a circle in the 1960s. The stone circle also contains small fossils of brachiopod, oysters and bivalve molluscs. We also think that the North and South Pavilions and perhaps some of the other buildings in the park were built from stone excavated from the quarry. 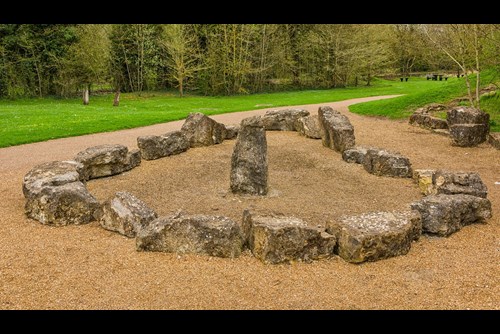 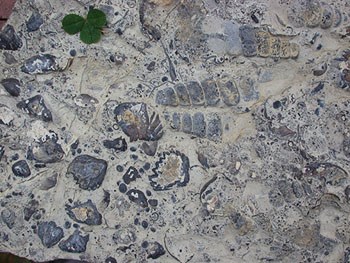 As part of our National Lottery Heritage Fund project we want to ‘Reveal, Revive and Restore’ the historic features of the park to celebrate their heritage. One element we will be improving will be the walls around the ponds. These will be restored with stone sympathetic to the Blisworth Limestone used around the park.