At the 'secret' Cascade Pond, Ground Control have been busy restoring the Grand Cascade and creating a new set of steps leading down to the pond. A new footpath has been constructed that reaches all the way around the Cascade Pond, offering views back over the newly restored landscape. Sediment from the pond has been spread across the adjacent area of grass, and this will regenerate for next summer. New footpaths leading directly from Campion (what3words.com/clear.pricier.steadier) will soon be open, and an off-shoot from the canal towpath will provide access to the Cascade Pond, via Campion. See below map, which is taken from the project masterplan. The Cascade Pond area isn't open just yet, but you can get a good view from the top of the steps on the Railway Walk. 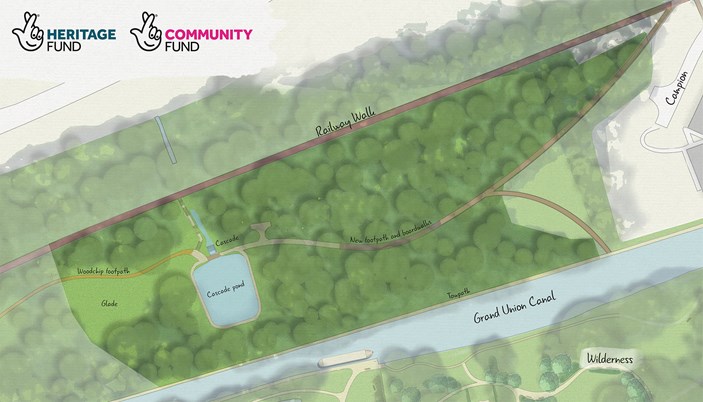 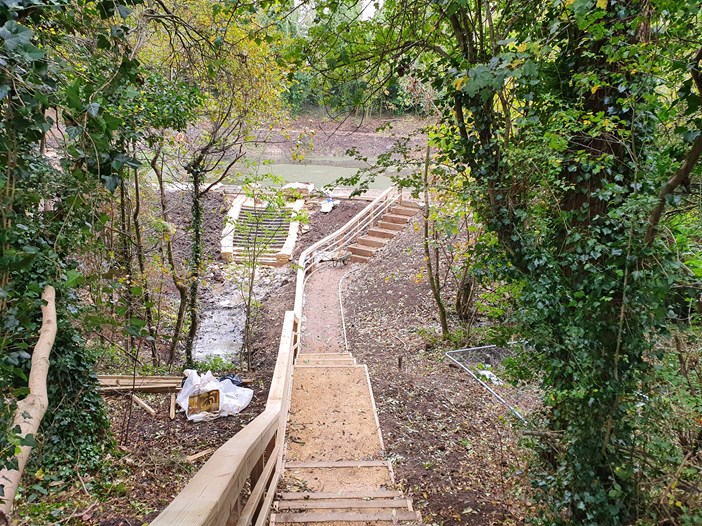 The new steps leading to the Cascade Pond.

The pond walls have now been restored all the way around. A small cascade links the Round Pond to the Cascade Pond and a new spillway takes water from the Canal Pond under the canal. You can now walk all the way around the ponds on new, accessible footpaths and cross the new timber bridge between the ponds.

Contractors are now working on the Cascade Pond on the other side of the canal. They are restoring the Grand Cascade and improving access to the pond. There will be restored steps leading down to it from the Railway Walk (redway cycle path) and a surfaced, accessible footpath leading from Campion (what3words.com/clear.pricier.steadier).

The areas of soil around the ponds are now being seeded and turfed. 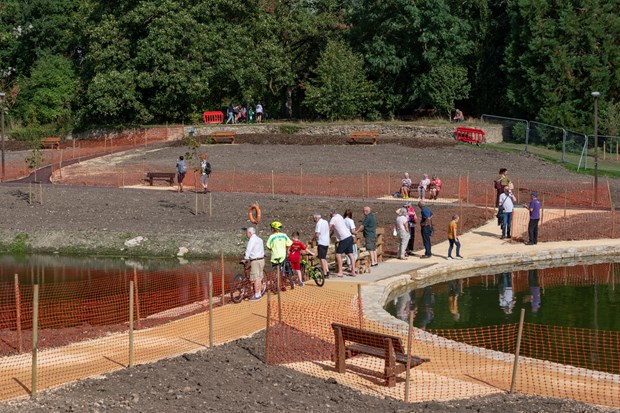 Timelapse footage of the Canal Pond restoration (top of page) and people enjoying the new footpaths around the ponds (bottom). 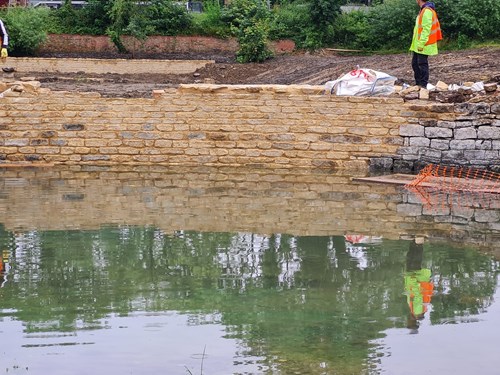 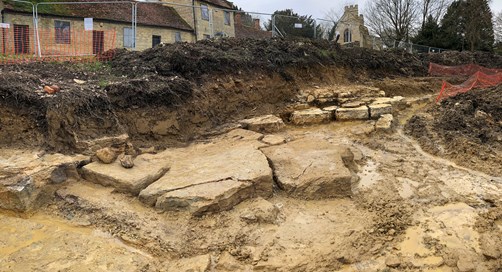