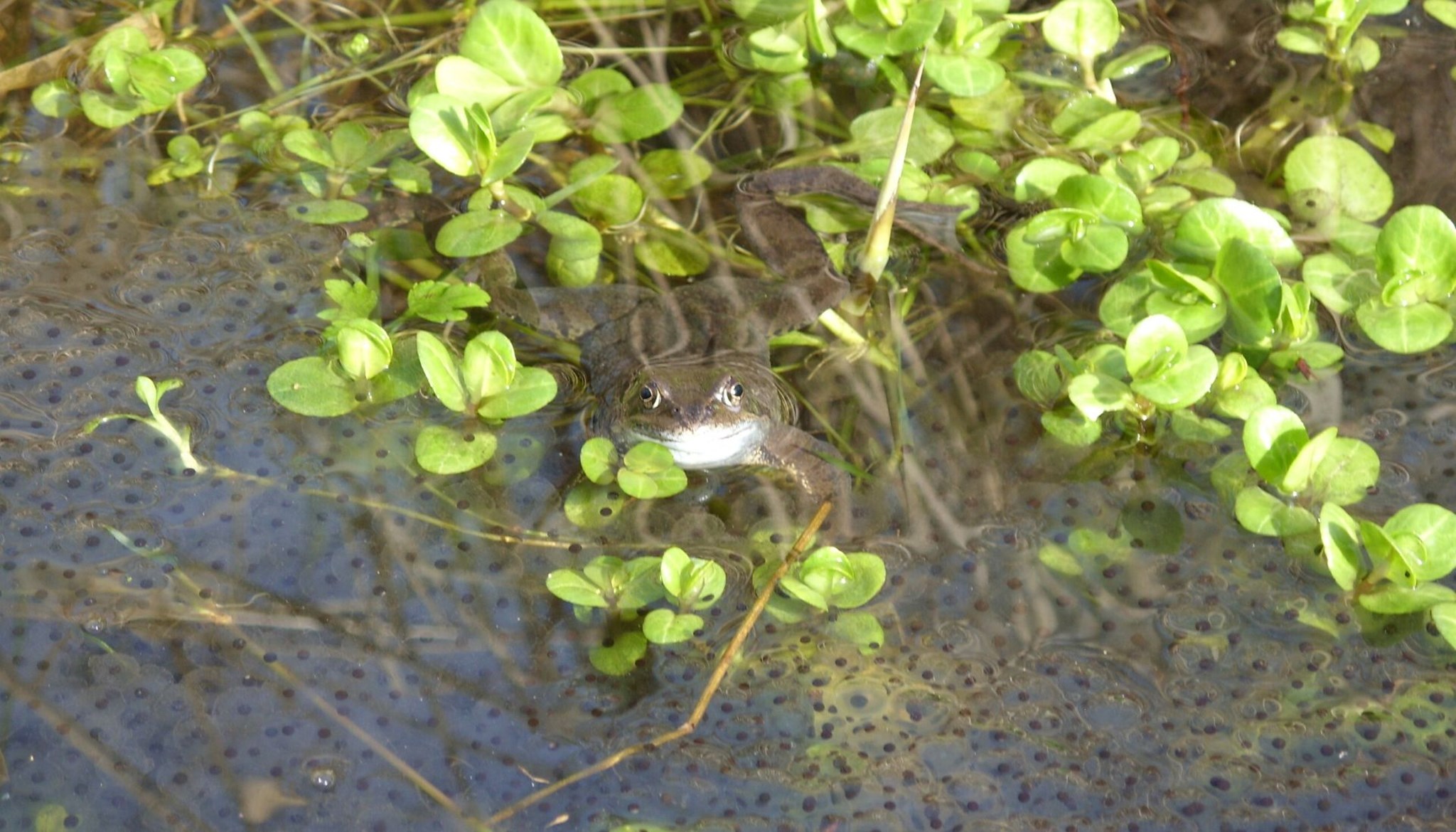 With warming temperatures over the last few days, nature is waking up from its winter slumber! Queen bumblebees have been foraging for a few weeks already and have now been joined by butterflies like the bright yellow Brimstone and the beautiful Peacock, which hibernate through the colder months.

Every wood and hedgerow is suddenly ringing with birdsong. Not only are the birds singing, but everything from blue tits, to kestrels, to swans are busy building their nests. At our head office in Campbell Park, we recently put up two nest boxes for robins. Almost immediately, one box was adopted by an early nesting pair and 6 eggs were laid in late February. The eggs hatched over last weekend and the adult birds are now busy feeding the tiny, blind chicks.

Meanwhile, ponds across Milton Keynes are alive with frogs and toads. Frogs can spawn as early as February and you can easily spot clumps of frogspawn in most ponds. Toads generally follow a few weeks behind and right now ponds at Howe Park Wood and Linford Wood are absolutely full of mating toads.

Toads can form marge masses called ‘mating balls’ where up to seven males will attempt to mate with one, larger female! Look out for the toads and their spawn, which unlike that of frogs is produced in strings or ribbons. These spawning amphibians also attract the attention of predators like grey herons – and perhaps grass snakes, who are also emerging from their own winter rest.