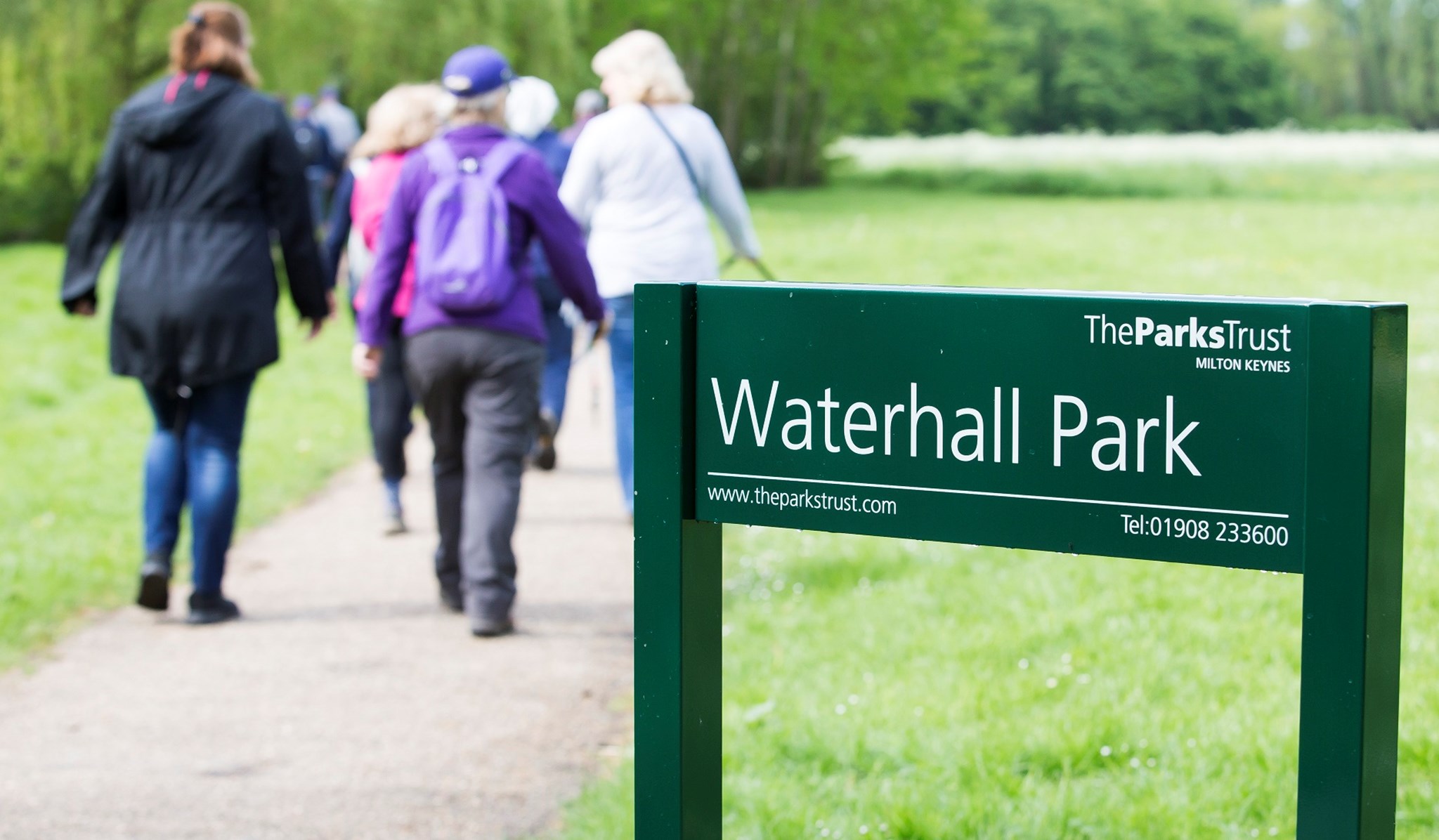 Don’t miss
A public footpath leading from the car park follows the meandering course of the River Ouzel, its banks lush with a profusion of colourful plants, its waters heavy with reeds and lilies.

On its other side Waterhall Park is bordered by the Grand Union Canal, beginning its journey through the city, shadowed by the towering columns of Lombardy Poplar trees which mark the broadwalk path by the canal.

Waterhall was once pasture land with ridge and furrow still visible, farmed by Waterhall Farm which sat where the Lakes Estate now stands. But it takes its name from the local manor, whose estate it was once part of. The former watermill is now a private house with the disused mill race still running towards it.

These days the only farming of the 22 acres is willow for cricket bats. Bat willows are one of the fastest growing trees in Britain and can normally be harvested after 20 years. See the plantation in the south corner of the park.

From the picnic benches and seats scattered near the river bank, you can look out over the open farmland to Brickhill Woods and the Woburn estate in the distance.

Wildlife
Waterhall is a wonderful spot to study the life of the riverbank.  Evidence of Otters moving into the area has been noted.

Car parking
There is a car park off Mill Road, at the north end of the park and the allotments car park at the southern end.

Toilets
There are no public toilets at Waterhall Park. The nearest facilities are in nearby Fenny Stratford.

Disabled access
There is a hard surface path that runs around the park perimeter. The lower path adjacent to the river is at times of high rainfall subject to flooding.

Make a day of it
Waterhall Park is linked into the rest of the parks system via the canal towpath which passes through Fenny Stratford and emerges at the southern edge of Caldecotte Lake, from where you can continue on into the Ouzel Valley Park.