Celebrating 30 years of The Parks Trust We officially mark our 30th Birthday on Sunday 10th July!

At the same time of our birthday celebration, we also congratulate three members that have been with us since the original team was set up - Rob Riekie, Landscape and Operations Director; Mark Colton, retired Landscape Manager and Colin Savage, Landscape Officer. All three have been instrumental in shaping and nurturing our parks, landscapes and biodiversity over the years and have contributed to some of the impressive growth we've seen in the city since they started their first day with us in 1992.

Here are some of the most memorable moments over the past 30 years:

1992: The Parks Trust is created and we were given an endowment of £18.76 million plus leases over 1,875 hectares in Milton Keynes. Brian Salter appointed as first Chief Executive.

1993: To promote history in Milton Keynes' parks, we delivered an archaeological interpretation project - which was the first of many to come.

1997: The Forestry Authority National Centre of Excellence Awards recognises us for creating the widest possible range of benefits and true multi-purpose forestry.

2000: The first-recorded lone Great Shearwater in Buckinghamshire is spotted at Willen Lake, cementing its reputation as a prime spot for birdwatching.

2001: Hanson, a local company, is selected as a partner to extract the gravel at Old Wolverton, marking the start of the development at our much-loved Floodplain Forest Nature Reserve. 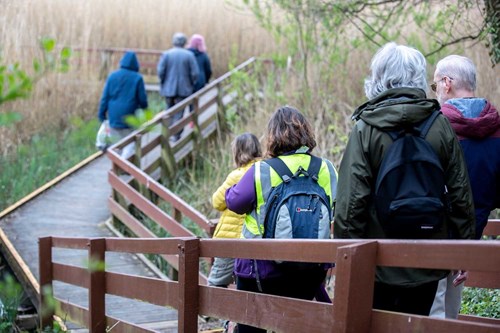 2002: A boardwalk is built into the reedbed at Walton Lake enabling visitors to get close up to nature.

2004: Northamptonshire Cricket Club chooses Campbell Park Pavilion to host their academy training, and they continue to train and play there today.

2005: The Women’s Walking Network goes from strength to strength with its best year on record.

2006: Our first What’s on Guide is published, with the aim to help more residents engage in the calendar of over 500 annual events and activities.

2007: Our farming enterprise moves in-house with the purchase of herds of cattle and sheep.

2008: A scheme to remodel Stonepit Field is completed which includes the creation of the beautiful new pond.

2009: We take on the ownership of the Sustainable Urban Drainage Scheme at Westcroft which serves to prevent flooding whilst also creating valuable habitat. 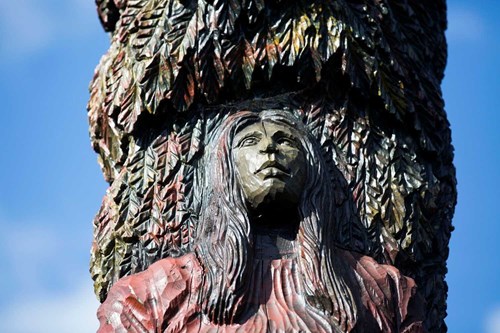 2010: The artwork ‘Onwards And Upwards’ by Robert Koenig is commissioned to celebrate the retirement of our chairman at the time, John Duggan.

2012: In our 20th year, a permanent stage is opened at Campbell Park along with ‘Light Pyramid’, an iconic artwork by Liliane Lijn.

2013: The Milton Keynes Rose by designer Gordon Young is installed at Campbell Park to provide a place of reflection and commemoration.

2014: The British Cycling National Trophy Cyclo-cross Series is held in Campbell Park, requiring the creation of the cyclo-cross course.

2015: We open the education centre at Howe Park Wood. 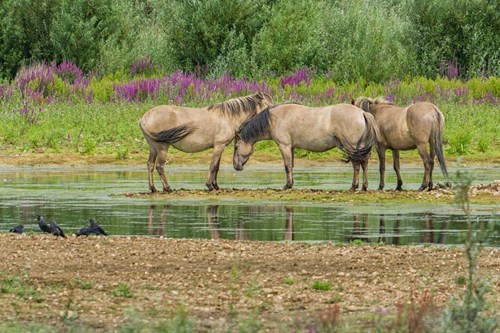 2016: Floodplain Forest Nature Reserve opens to the public and becomes home to our herd of wild Konik ponies to support conservation management through grazing.

2017: HRH Prince William visits Campbell Park as part of the city’s 50th birthday
celebrations. This year is topped off with the first Green Flag award.

2018: Our work is recognised in several awards schemes - MK Business Achievement, Horticulture Week and Outside The Classroom.

2019: Campbell Wharf Marina opens in May and by the end of the year is nearing full capacity.

2021: An ambitious planting scheme begins at Middleton Wood Meadow where thousands
of native trees and shrubs will be planted alongside wildflower areas.

To celebrate our 30th birthday, we will be hosting a Birthday Tea Party on Sunday 10th July 2022 at the Milton Keynes Rose from 2-4.30pm. Everyone is welcome to attend the event, we hope to see many faces there!