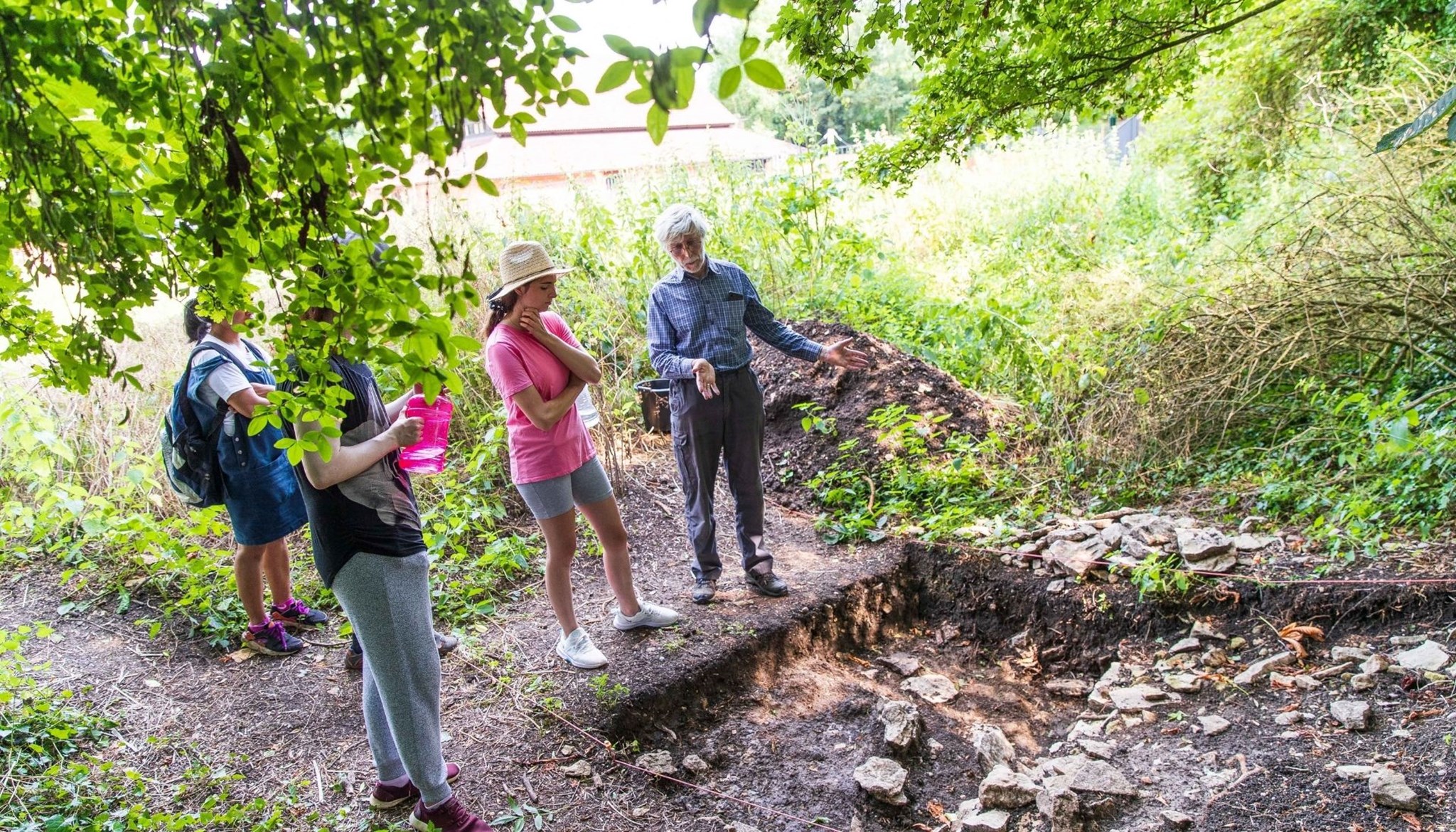 A ha-ha is a sunken ditch, invisible from more than a few metres away, which divides the garden from formal pasture land outside. The idea of a ha-ha was to unite country and garden seamlessly. But without a dividing structure this would have meant animals wandering into the formal garden. The device was widely used in the eighteenth century. Its name comes from the cry of 'ha-ha!' as people came unexpectedly upon the ditch.

A suspicion that some of the ha-ha wall might still be in place was confirmed by a series of trial trenches which have since been expanded to cross the ditch. Inside the trenches, archaeologists have found not only parts of the wall intact, but a selection of finds from various eras all jumbled together as soil and stone have tumbled into the ditch over time.

Doug from BAS led visitors on a tour of the trenches much to the delight of budding young archaeologists. 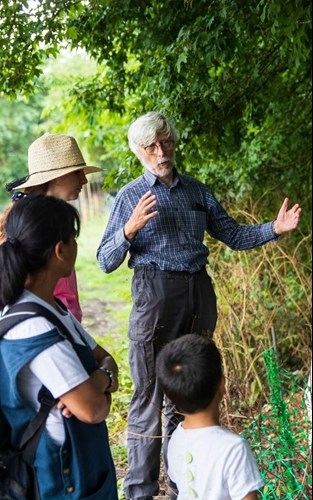 Visitors could also handle finds from the excavation, which included medieval pottery, fossils, clay pipes and a selection of glass spanning from 1740 to 2015! 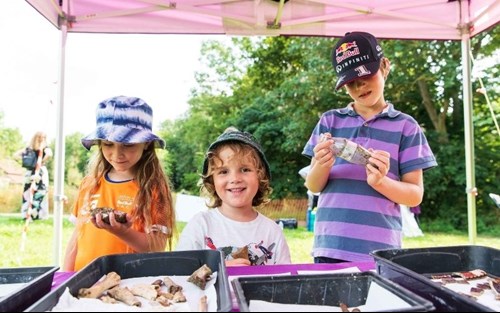 (Above: Children handle finds from the excavations, © The Parks Trust 2021).

And finally, much to everyone's delight, Dr. Jill Eyers had brought along a selection of fossils from across Bucks and beyond. This included a large ammonite, which of course proved to be one of the stars of the show. Children and adults who are interested in fossils and geology can come along to our free Fossil Hunting event on Saturday 21st August. Booking is available on our website. 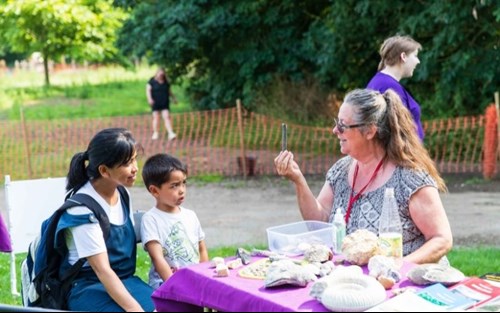 The afternoon was a great success and was supported with funding from the National Lottery Heritage Fund. We're excited to see how the excavations progress and hope to run some more community engagement events like this in the future.

For more information about the heritage of Great Linford Manor Park and our restoration project, visit our project webpage.