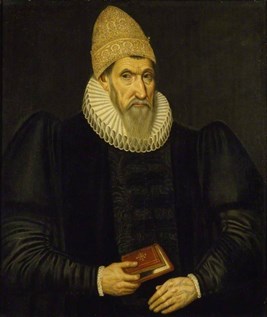 Richard Napier AkA Richard Sandy is one of the most distinctive residents from Great Linford’s long history. He didn’t live in the manor, instead he resided in the Old Rectory, which stands to the south of the park by the High Street gates. 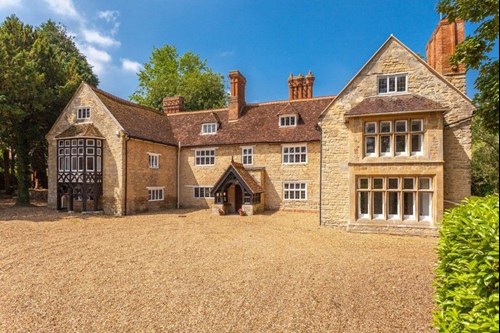 Sandy was born into a wealthy family who had made their money in the wool trade in Exeter during the 15th century. His descendant Alexander was a creditor to King James I of Scotland, and Sandy’s brother Robert was the 1st Baronet at nearby Luton Hoo.

Born in 1559, Sandy was a quiet and shy individual. He went on to study Theology at Exeter College, Oxford. After graduating and at age 30, he was installed as rector of Great Linford, but he didn’t take to preaching and instead employed a number of curates to help him carry out his duties. Alongside giving sermons, he was greatly interested in medicine and astrology, two disciplines which were complementary in the 16th century but to a modern audience seem completely unrelated.  In 1604, he was granted a license to practice medicine and treated people of all classes from up and down the country.

Despite his shy nature, Napier became acquainted with the ambitious and notorious astrologer Simon Forman in around 1597. He soon became his pupil and friend and since they both practiced astrology and medicine, they discussed cases with one another. To assist Napier Forman often sent parcels of medicines up north and in return Sandy would send back foodstuffs and literature. When Forman died in 1611, he left nearly all of his books and manuscripts to Sandy, which together with Napier’s, were given to Elias Ashmole (founder of the Ashmolean Museum in Oxford) by Thomas Napier (the son of Sandy's nephew, Sir Richard Napier) in around 1822. The casebooks are stored in the Bodleian Library in Oxford, however over the last 10 years they have been studied by a team of researchers at the University of Cambridge who have digitised and uploaded them to the internet for everyone to explore. 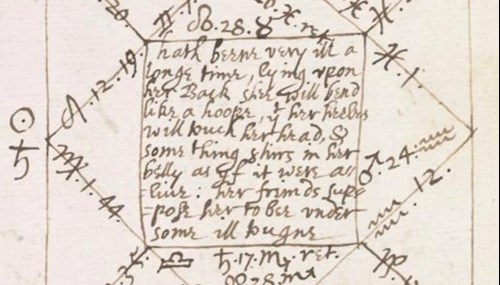 Being an astrologer, Napier took his guidance from studying horoscopes. He also claimed to hold consultations with the angels and notes what they angels have advised in his casebooks, for example ‘Michael: It will do her good’ and ‘Asariel: He is dead’. He earned well from being a rector, but this supplement was surpassed by his income from practising astrology and medicine. He treated some notable patients including Lord Scrope, Earl of Sunderland, who stayed at Great Linford for some 26 intermittent weeks. Lord Scrope paid Napier £140 for the time, which is about £17,000 in today’s money!

The Old Rectory has been modified since Sandy lived there, but even in the 1600s it would have been a sizable dwelling and had an extensive library. It is shown on the estate map of 1641 as ‘The Parsonage’. When Sandy died in 1634, the estate passed to his nephew, Sir Richard Napier who ordered the enclosure of Great Linford Parish in 1658. 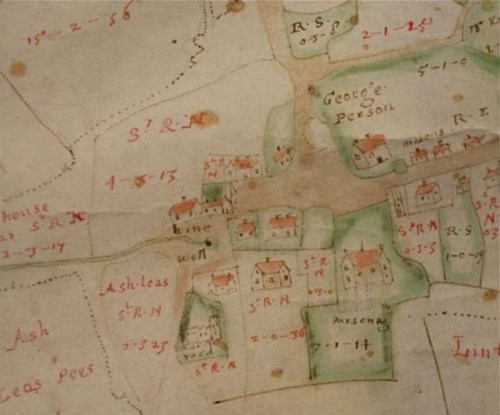 As part of our National Lottery Heritage Funded project to 'Reveal, Revive and Restore' the heritage of Great Linford Manor Park, we are researching the history of the site and the people who have made it their home over the centuries. Napier is just one interesting historical figure in a long line of notable families and residents who have contributed to the development of the unique and historic site. Find out more about the National Lottery project here.