History of the Grand Union Canal at Great Linford 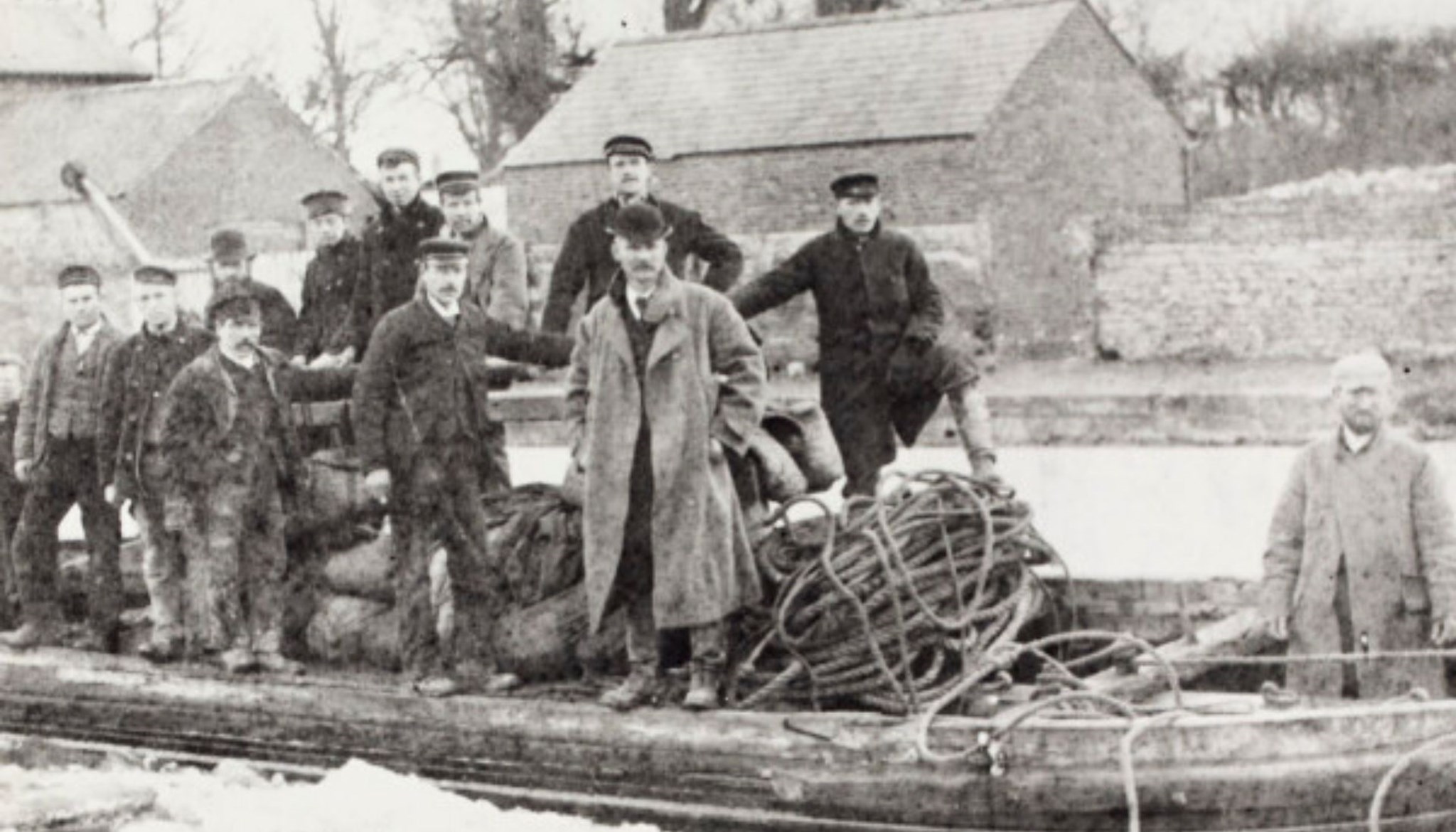 The Industrial Revolution, which happened in Britain between 1750 and 1900, hit communities up and down the country, and the villages around what is now Milton Keynes were no exception. One village which faced major change in the 19th century was Great Linford. 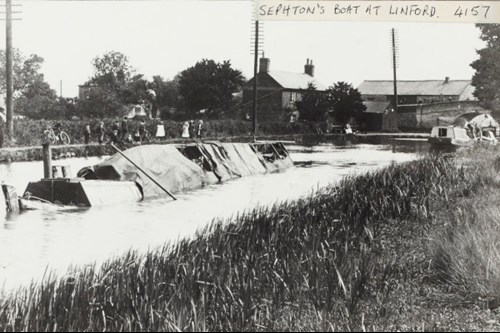 A sunken narrowboat at Great Linford (1912) via Canal and River Trust.

In 1800 the Grand ‘Junction’ Canal (now called the Grand Union Canal) was cut through the middle of the Great Linford Manor estate. It was built to connect London to Birmingham. The land was probably acquired through a Compulsory Purchase Order which left the Uthwatt family, who lived there at the time, with an estate divided in two. Resident at the time was Frances Uthwatt (nee Chester) who was the widow of Henry Uthwatt. When Henry died in 1757, just three years after inheriting the Great Linford estate, he had ensured that Frances would be well provided for during her lifetime. Henry also appointed a trustee of the Great Linford estate to help Frances manage it. His name was Sir Roger Newdigate and he was a patron, architect and wealthy landowner and keen promoter of the Grand Junction Canal. Perhaps he encouraged Frances to allow permission for the canal to be cut through the estate. 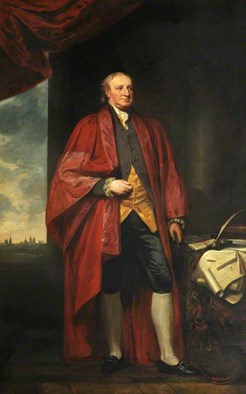 When Frances died in 1800, the estate was inherited by her husband’s godson and third cousin, Henry Andrewes Uthwatt. In the closing years of the 18th century, as he was waiting the inherit the estate, Henry wrote many letters to the Grand Junction Canal company trying to minimise the impact of the canal on the Great Linford gardens and ponds: “the towing path to be on the off-side of Gardens and pleasure grand. The canal to be handsome pieces of water towards the Garden, to make a handsome slope down to it”.

Frances’ death in 1800 was the beginning of the decline in status of the Manor House, partly because the canal had just opened and had split the estate, spoiling the views across the Ouse Valley and leaving the house vulnerable as the canal was in constant use by horse-drawn narrowboats. It also interrupted the 18th century feature of the ponds cascading down the valley side. You can clearly see the impact the canal had in the 1841 Tithe Map. 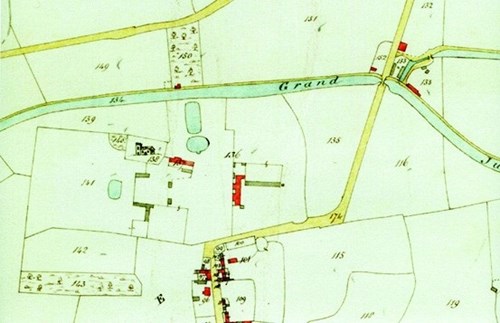 The impact of the canal was emphasised when in 1865 the Newport Pagnell Railway Company line was constructed to run parallel to the canal. A boat house was present in 1881 at the edge of the canal with steps down to the pond, but this had vanished by the 1900 OS Map.

Despite the impacts of the canal on the Manor estate, it was probably very helpful to the people of Great Linford, for example it instigated the development of the new brick works in the parish. In its heyday the canal was used to transport goods between London and Birmingham. It is the longest canal in the country at 137 miles and was formed as an amalgamation of the ‘Leicester Line’ canals, the Regent’s Grand Junction and the two Warwick Canals. Nowadays the canal is mainly used by houseboats and is maintained by the Canal and River Trust.

A team of icebreakers on the canal at Great Linford (March 1895) via Canal and River Trust.

The Canal and River Trust have a great collection of historic photos of the canal at Great Linford available to view online. Visit their digitised collection and search for Great Linford.

We're exploring the history of Great Linford Manor Park as part of our 'Reveal, Revive & Restore' National Lottery Heritage Fund project. We want more people to understand and appreciate the heritage of the unique and special park.