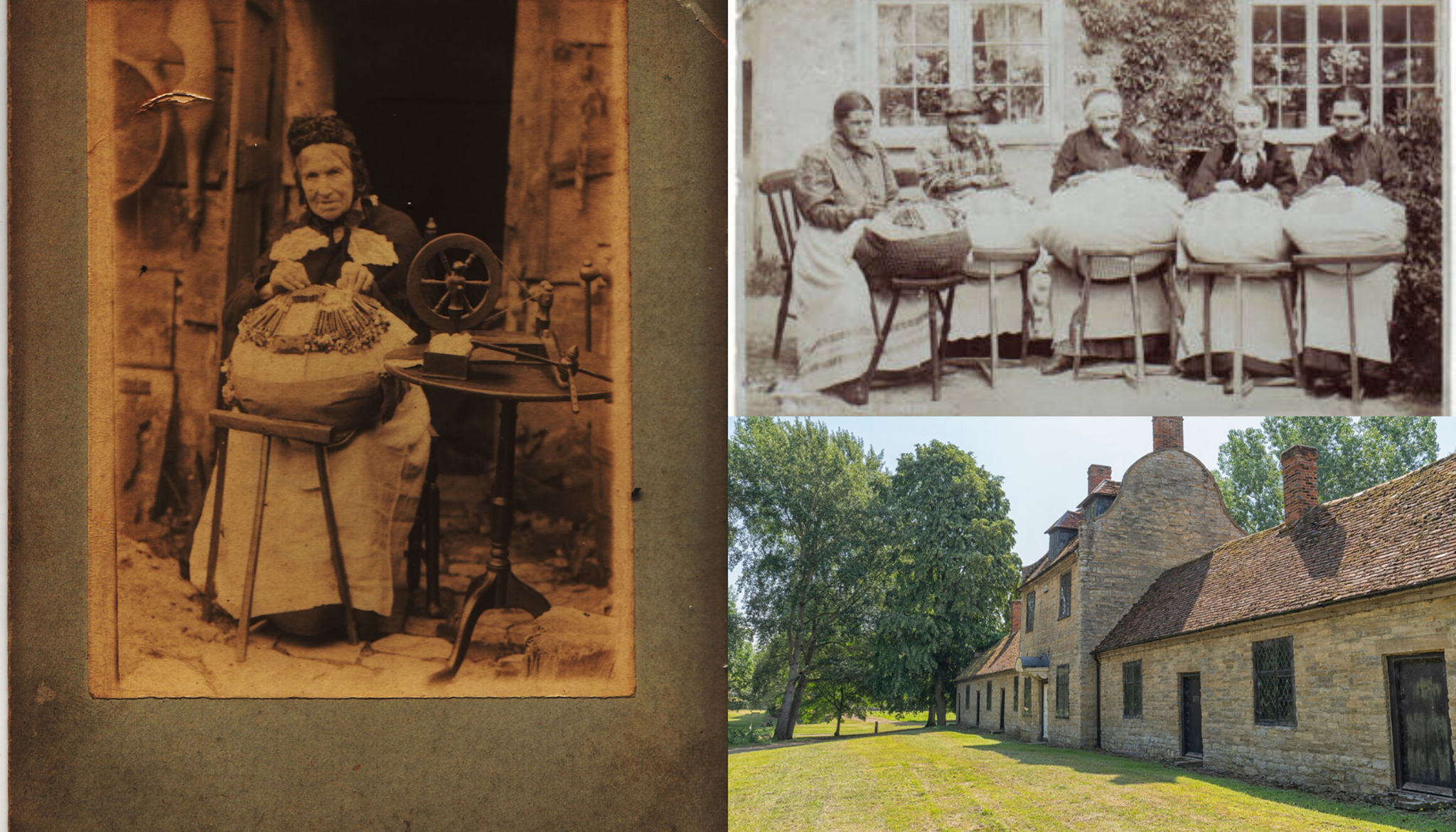 Jane Mills née Mapley (1857-1940) lived at the Great Linford Almshouses in the 1930s after the death of her husband. She was a skilled Buckinghamshire Lacemaker as were many of the other women who inhabited the almshouses in the early 20th century. 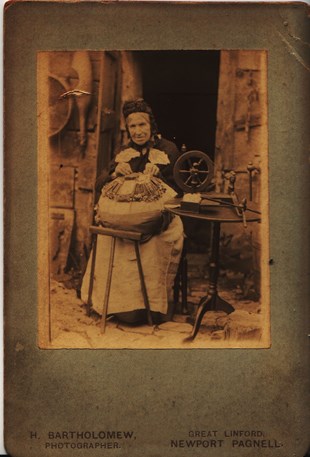 Great Linford Lacemaker (Depicted is the grandmother of Keith B who we interviewed with the Living Archive at the start of the National Lottery Heritage funded project. Photograph is c/o Keith B).

Bucks has been famous for its lacemaking since the 16th century after Flemish craftspeople settled in this area. In Bucks villages in the 19th and 20th centuries it was a common job for working class women. There were hubs of industry at Olney and Hanslope; in fact, in 1801, 800 people out of the 1,275 who lived in Hanslope were employed as lacemakers. And in Great Linford older living residents still recall working-class women sitting outside the almshouses making lace. It was a demanding job, women would work for 10-12 hours a day weaving the lace on cushions they perched on their laps. So famous was the Bucks lace that in 1896 Queen Victoria ordered enough to guarantee many workers a job throughout the winter. 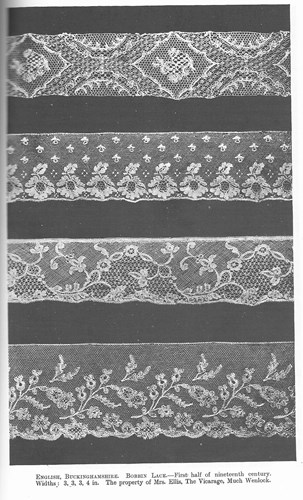 Young girls would begin making lace at lace schools such as the two in Hanslope. Children would work 6-7 hours a day and were paid just 6p. Talking wasn’t allowed and if they didn’t pay attention, their noses would be rubbed in on the pins or their hands would be rubbed raw. They were allowed one break of 10 minutes to play and another to refill the cushions. To pass the time, they would sing rhymes: “Jack be nimble, Jack be quick, Jack jump over the candlestick.” Lace schools were unhealthy places and young women suffered the most. The 1867 6th Report of the Medical Officer of the Children’s Employment Commission found that between 15 and 25 years of age “more than double the number of females died of tuberculosis and other lung diseases than did males” and in 1864 it was remarked that “the women and girls (of Olney) have a bleached appearance”. 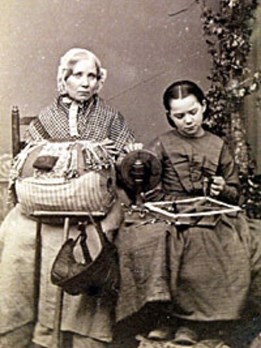 With the introduction of Two Acts of Parliament, the industry looked set for decline. In 1872 the Education Act meant school was compulsory until age 13 and the Workshops Act set out minimum requirements for working hours and conditions of employment. However, movements such as the Bucks Cottage Workers’ Agency (est. 1906) allowed local women to continue making lace from home where it was collected and sold around the country. 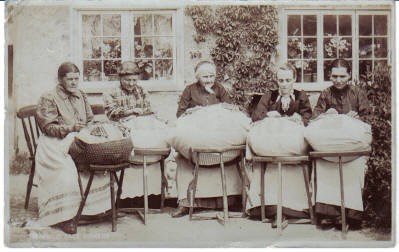 A group of lacemakers at Cranfield, Beds (via MK Heritage).

Do you recall lacemaking in Great Linford? If so, we'd love to hear from you. Contact us on glmp@theparkstrust.com to tell your story.