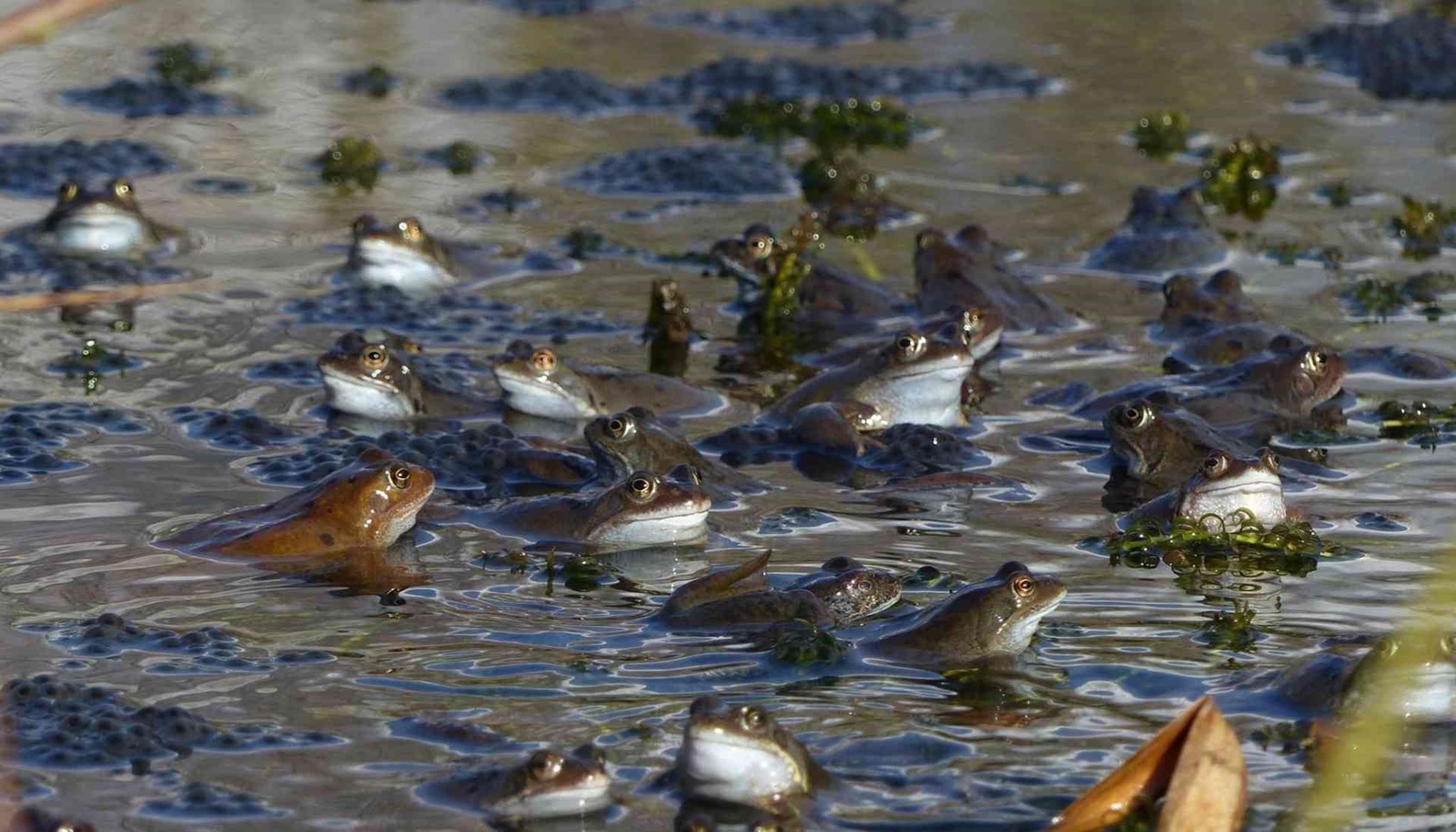 As temperatures steadily rise, our native amphibian species begin to stir and awaken from their winter torpor. Common frogs are usually the first to appear back at their breeding ponds and if you have a pond in your garden or local park, you may already have spotted adult frogs there. The first clumps of frogspawn generally appear during the month of February and by early March large masses of spawn will be evident in ponds across the city. Common Toads (which are far less common than in former times) are generally a few weeks behind frogs. They can migrate some distance from their winter quarters to their natal ponds and unlike frogs, spend a relatively short time in the water – perhaps just 2-3 weeks. Huge aggregations of mating toads can be seen in our ponds by the Visitor Centre at Howe Park Wood, a Site of Special Scientific Interest (SSSI) – quite a spectacle. The water bubbles with activity and some of the animals are preyed upon by herons and crows. However, usually by mid-March long strings or ribbons of toad spawn can be seen attached to the vegetation at the pond margins. 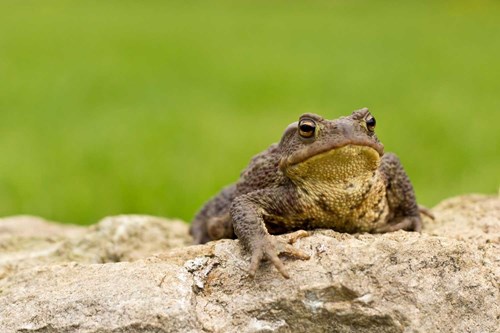 Globally, amphibians – and particularly frogs and toads – are in grave danger. A number of fungal diseases and viruses are decimating the populations of these animals, particularly in the tropics but increasingly in Europe as well. Ranavirus is an especially virulent disease which affects our native frogs and with the climate warming, it is likely that more diseases will enter our UK populations over time. Another serious threat to amphibians is the loss of ponds across the landscape, often lost to development or sometimes filled in as unwanted farmland ponds. Both The Parks Trust and MK Council are currently working with the Newt Conservation Partnership to create new ponds in local parks, primarily to create breeding habitat for the protected Great Crested Newt. But these ponds will also provide additional habitat for frogs, toads and a huge diversity of invertebrates and plants.

You can play your part in helping to conserve these charismatic animals. Firstly, please do not introduce frogspawn, toad spawn or tadpoles into your own gardens. There is a risk of spreading amphibian diseases which are very difficult to identify and if your own garden and/or pond are suitable, amphibians will find them in due time. You may also wish to participate in the national Spawn Count, run by Freshwater Habitats Trust and ARG UK. This national survey helps to track the breeding success of amphibians from one year to the next. Learn more about the big spawn count here.