The flower that unlocks the treasures of spring One of the most popular spring flowers - Cowslips, often associated with Easter, is the cousin of the Primrose (primula) which translates from Latin as Spring Rose or first flower. They are a very important and valuable early source of nectar for our emerging pollinators, these include bees, beetles, and butterflies such as the Brimstone. Cowslips are also the preferred food plant for the scarce Duke of Burgundy butterfly, found in chalky and limestone grasslands. 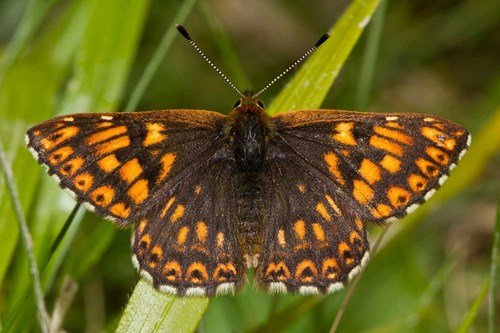 Once as common as buttercups, Cowslips have unfortunately declined in population because of our dramatic loss of grasslands over half of the last century due to intensified agriculture and use of herbicides in the UK.

The name of the flower comes from a miss-pronunciation of Cow Slop as they used to be associated with cow pats in meadows and fields. However, this nickname shouldn’t detract the beauty of the lovely native gem that arrives in spring. These flowers can be found in a variety of habitats from woodlands, meadows, and pastures to roadsides. Being an attractive hardly plant, we translocated some from the site of Oxley Park Academy at Shenley Wood, to the Manor Farm Court entrance by Ouse Valley Park in 2016 with our fantastic volunteer team.

As an early spring flower, it is closely associated with much English folklore and tradition symbolising beauty and grace, including being strewn on church paths for weddings and adorning garlands for May Day. Because of its unique appearance, the flower has many different folk names such as ‘Herb Peter’ and ‘Bunch of Keys’. The nickname ‘Bunch of Keys’ comes from its distinctive tube-like, egg-yolk-yellow flowers are clustered together at the ends of its upright, green stems. The nodding flowers suggests the bunch of keys, which was on the badge of St. Peter, unlocks the treasures of Spring. The nickname ‘Herb Peter’ comes from St Peter himself. The flower is also notified in several famous literatures such as William Shakespeare’s The Tempest, and Henry V where the cowslip is used as a sign of a well-managed pasture.

In traditional Spanish cooking, the leaves of cowslips are often used for salad greens. The flowers from cowslips are also used to make delicious wines and vinegars in the UK. There are also many health benefits from consuming cowslips in a Tea such as the relieve of insomnia, headaches, and nerve tension. 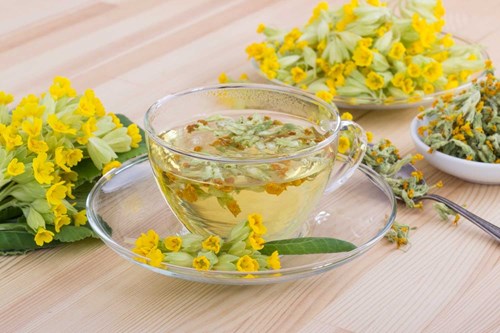 Herbal Tea made out of Cowslips

One of our neighbouring counties, Northamptonshire, have made this beauty their county flower. But these flowers can be found anywhere in England and are very easy to grow in Milton Keynes’ gardens. From now until May is the perfect time to head out and spot these treasures of spring. Visit the Beacon hillside in Campbell Park, Stonepit Field in Great Linford Manor Park, or Shenley Wood’s cascading meadow ponds to discover the Primula Veris!