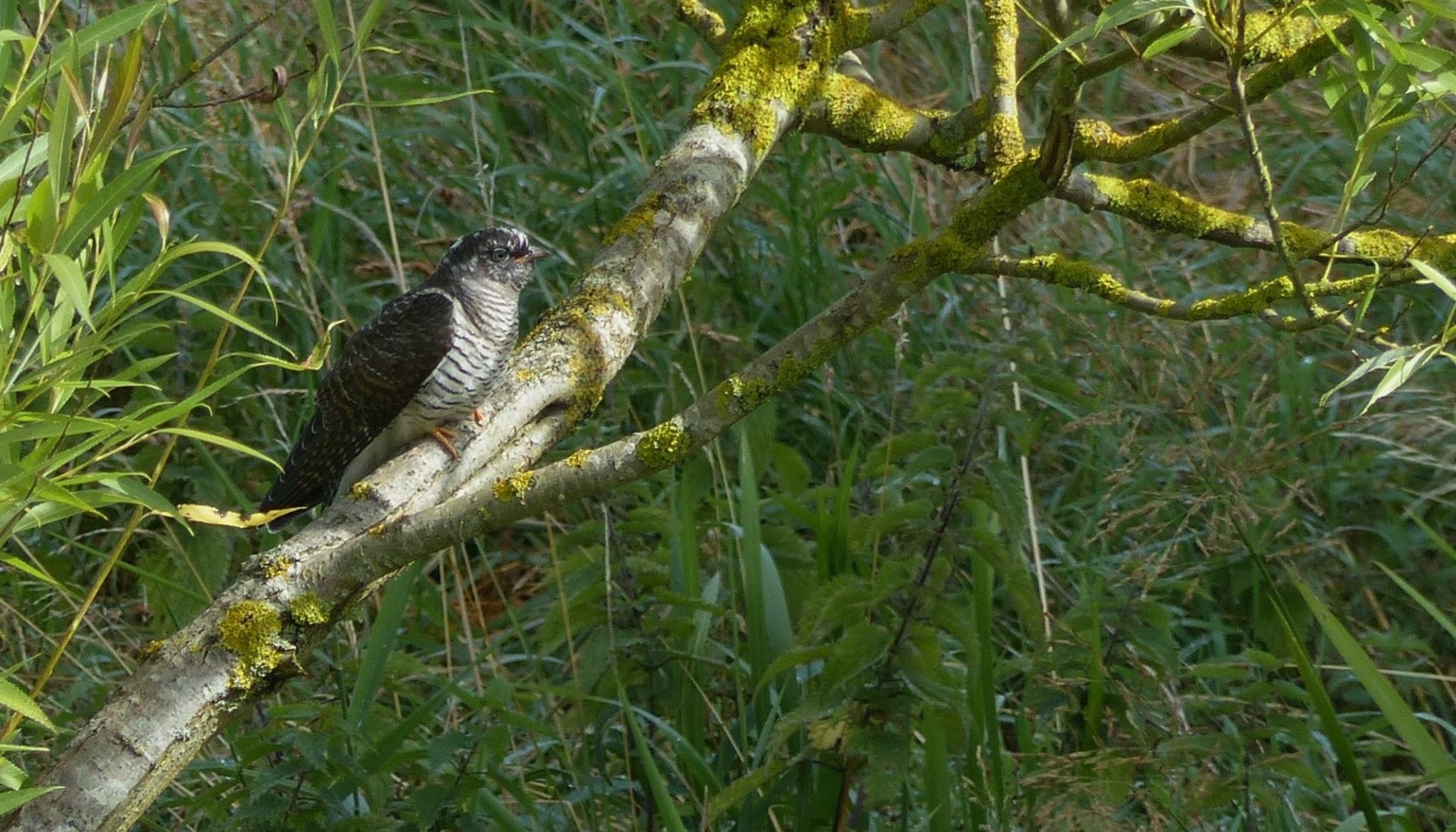 At this time of year, seasonal bird migration is well underway. Arrivals will breed here before returning south in the autumn. You may wonder why they don’t just stay in the sunny southern climes all year? Moving to a less crowded location means more space to nest and tend their young and more daylight hours for feeding.

Many bird species migrate to our shores from Africa whilst others, such as the Blackcap, take the much shorter trip up from Spain. The record for the longest annual migration though must go to the Arctic Tern. These birds visit the UK in summer and the Antarctic in Winter, travelling around 25,000 miles each year! One sure sign of spring is the arrival of the Cuckoo. This year I first heard the Cuckoo’s call at Stanton Low in April before spotting one at the Floodplain Forest Nature Reserve in early May. The first Cuckoo caught this year in the local bird ringing programme turned out to be a re-capture of a bird ringed back in 2017. We know it's at least 6 years old and the longevity record for Cuckoo is around 7 years, so we're keeping everything crossed he makes it back again next year.

Owing to their cheeky nesting strategy of laying eggs in a host nest and allowing the host parents to feed their young, Cuckoos have no need to hang around and consequently are one of the earliest birds to leave our shores, with most adults departing for Central Africa in June. The juveniles will depart a little later once they are fully fledged. Unfortunately, the UK Cuckoo population has declined by 40% in the last 20 years. The British Trust for Ornithology has been tracking Cuckoo population and migration patterns since 2011 to try and find out why. You can find out more about their work here. Satellite tracking is a useful way for ornithologists to monitor bird populations and understand which species are thriving and which are in decline. On a local level, a satellite-tagged White-tailed eagle from the Isle of Wight re-introduction program spent a night at Linford Lakes Nature Reserve earlier this year, causing much excitement amongst local birders.

Other exciting sightings in Milton Keynes include a Hoopoe at Willen Lake and the Lesser whitethroat and Grasshopper warbler at Linford Lakes Nature Reserve. A prime spot for migratory birds, Linford Lakes plays host to many species each year including Reed warblers, Sedge warblers, Chiffchaffs, Willow warblers, Whitethroats, Blackcaps and Garden warblers. Another migratory species that has been recently spotted in Milton Keynes is the Osprey. These birds arrive to the UK from late March onwards.

The migratory birds most associated with summer in the UK are Swallows and Swifts. Swallows arrive from April, breeding has begun by June and by July the first brood has usually fledged. Pairs may go on to have one or two more broods before beginning their return journey in September. Swifts rely on warm weather to provide their diet of insects so do not spend as much time in the UK. They arrive in early May, nesting in tall buildings and by mid-July are beginning their journey home at a rapid pace. Destruction of their traditional nesting areas in buildings led to a decline in swifts nesting, but there are local efforts to create swift boxes to encourage them in Milton Keynes. Records show a young swift that left its UK nest on 31st July had made it to Madrid by the 3rd August so they don’t hang about!

You can find out more about local sightings on the Milton Keynes Natural History Society website.