Wildlife Blog: Moths – What are they good for? 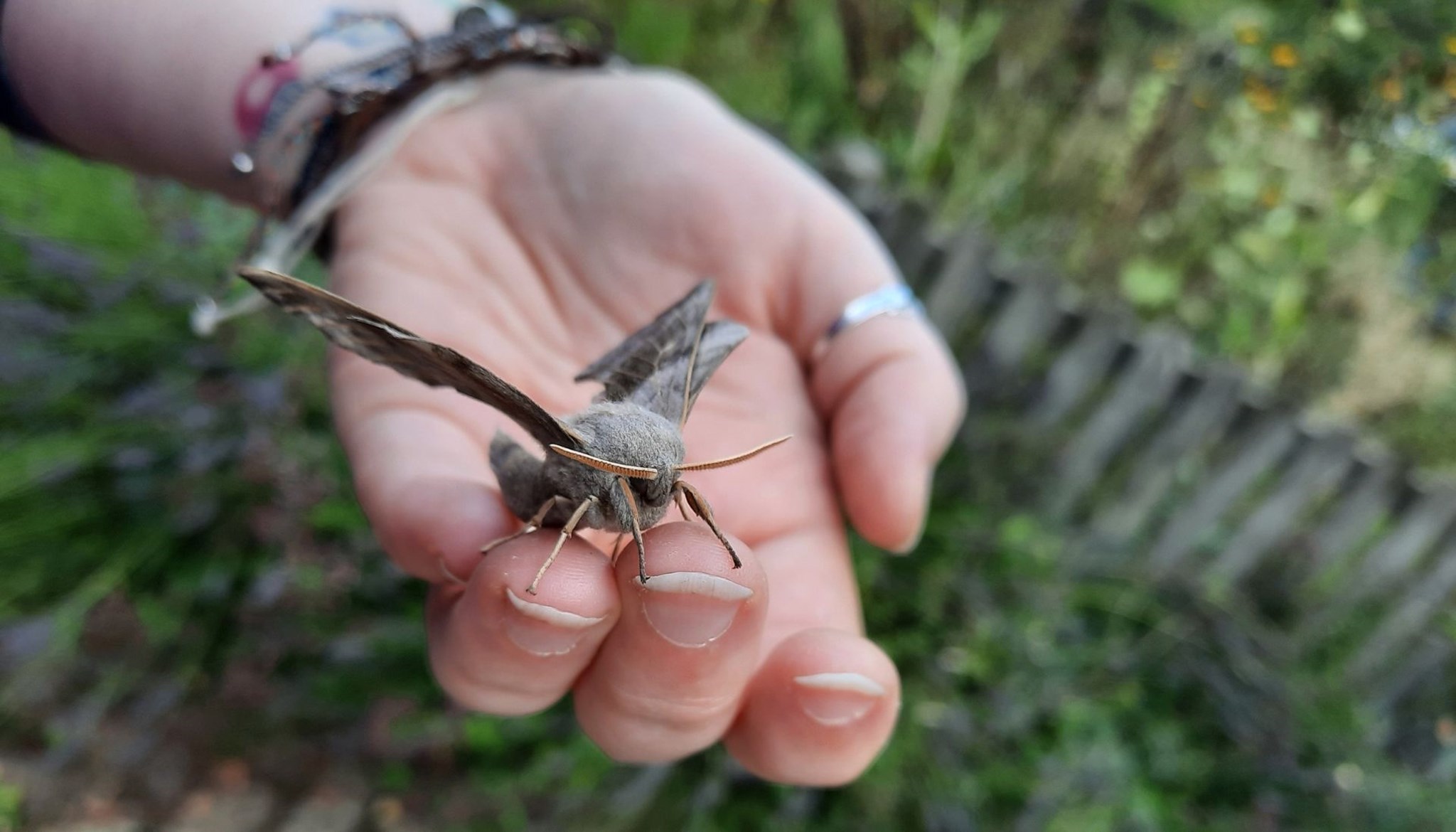 To celebrate Moth Night which is taking place from 8th to 11th July, we welcome moth enthusiast and a previous Parks Trust Youth Ranger, Ayla Webb, to uncover some fascinating facts about moths!

Moths are the underdog in the world of Lepidoptera. They hold a reputation as dull pests, conjuring images of hole-ridden clothes and damaged plants and as a result, moths often do not get to share the affection that people have for their butterfly counterparts.

However, moths are far less different from butterflies than you may realise, and they provide similar benefits to ecosystems and to human society alike.

What makes a moth?

Moths are an extremely diverse group of organisms in the order known as ‘Lepidoptera’ which means ‘scaly wings’, referring to the tiny scales that coat the wings of the insects in this group, giving them a powdery appearance. This group also contains butterflies, so how do we distinguish between these two groups?

The most obvious difference between butterflies and moths is that while almost all butterflies are diurnal and fly during the day, moths are typically nocturnal. However, there are many day-flying moths that, similarly to butterflies, possess the bright colours that discourage visual predators from eating them.

Morphological features are slightly more reliable for distinguishing these two groups. For example, the antennae of butterflies are often clubbed, while those of moths are not, and moths often possess a hair not observed in butterflies that hooks their hindwings and forewings together during flight.

Moths also form a far larger and more diverse group of organisms than butterflies. In the UK alone, there are over 2,500 moth species, compared with around only 60 species of butterfly. This is reflected at the global level, with moths accounting for over 90% of lepidopteran species. 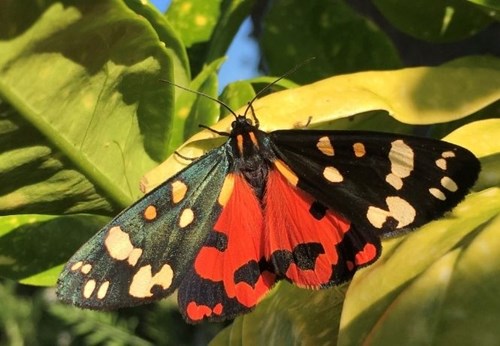 Pictured above: Scarlet tiger moth flies during the day and is often mistaken for a butterfly! 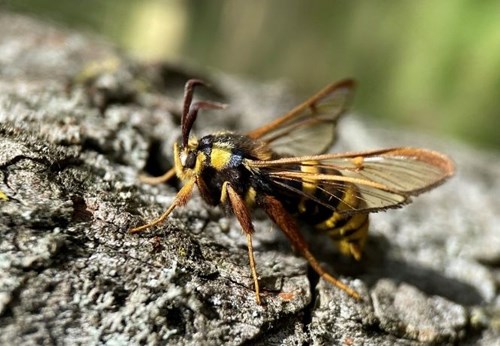 Pictured above: Also a day flying moth, the hornet moth is one of a group of clearwing moths that mimic wasps to avoid being eaten.

The purpose of a moth

The most obvious and widespread importance of moths is that they are important food sources for many other species. In their adult form, moths are a particularly important prey item of bats, while in the caterpillar stage they are essential for birds, especially during reproduction. A standard brood of great tit chicks may consume over 10,000 moth caterpillars between hatching and fledging!

In addition, while pollination is typically associated with day-flying bees and butterflies, a paper published in the Royal Society’s Biology Letters last year suggested that moths may be far more important than previously recognised in the pollination of many wild plant species and even some crop species. As they visit flowers to drink nectar, pollen sticks to their furry bodies, allowing moths to transport it to other flowers that they visit.

A perhaps more abstract benefit of moths is their use in biomimetic engineering. Moths possess antireflective structures on their eyes which reduce the amount of light reflected off of their eyes which might attract the attention of predators. By studying these structures, engineers have designed a film for phone screens which also reduces the light reflected off of these screens, making it easier to read in the sun!

Although I’ve demonstrated some of their ‘purposes’ above, moths can be admired beyond any purpose they might serve; their intricate patterns and complex lifecycles are enough to spark curiosity in most!

Like so many animal groups, moths are increasingly facing threats which are already changing the species compositions of landscapes. Many species are thought to be declining, with the main causes being habitat loss and fragmentation (particularly due to intensification of agriculture), as well as climate change. As moth populations decline, so will the populations of the organisms that rely on them. Therefore, it is crucial that we welcome (or at least tolerate!) the moths in our green spaces.

Find out more about how you can get involved in the Moth Night celebration here or book a place at our magnificent moth workshop on 7th August to find out more (limited spaces available).