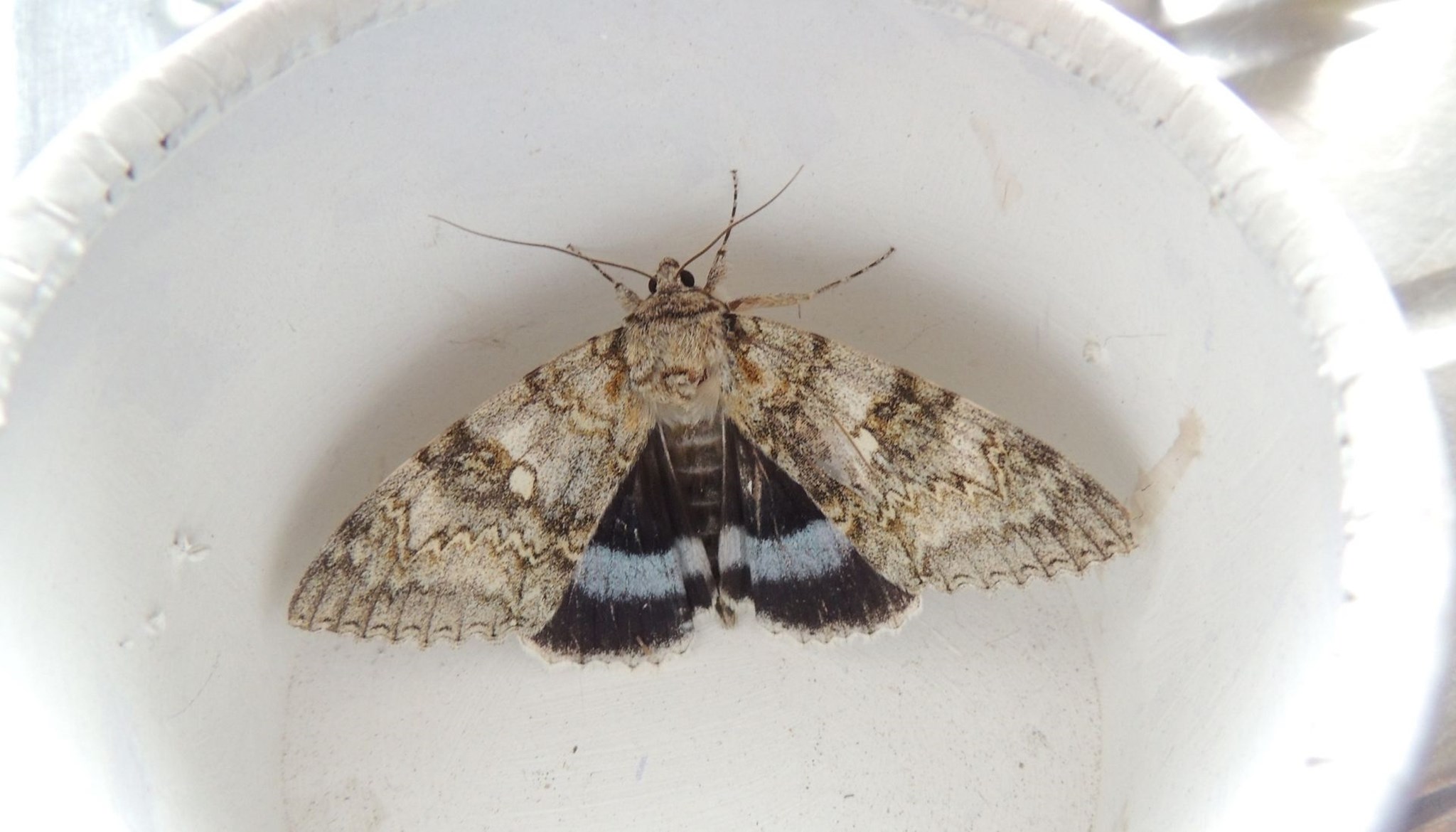 As we enter autumn, the variety of moths (and other insects) on the wing tails off with the majority of species having completed their life cycle for this year. However, there are still a number species flying in September and October and these include some of the UK’s most attractive and exciting moth species.

It is not uncommon for people to see what looks like a hummingbird in their garden. In fact, this is a moth – the Hummingbird Hawk-moth. If you have late flowering honeysuckle or valerian in your garden you might well see a blur of wings as this incredibly agile moth hovers and drinks nectar with its long proboscis. Just like a hummingbird they can hover perfectly and even fly backwards! Active both by day and night, this was once a rare migrant but with our warming climate, many hibernate through the winter and it is now considered a native, breeding species.

Clifden Nonpareil (pictured above) is another spectacular autumn flying moth, also known as the Blue Underwing moth. This moth was declared extinct in Britain in the 1970s but has been turning up on our shores more regularly in recent years. A moth recorder has been surveying moths in three Parks Trust woods this year and excitingly he trapped a Clifden Nonpareil in Howe Park Wood in late August with another found at Linford Lakes Nature Reserve two days later. This large moth, with its electric blue underwing, can turn up anywhere.

Another autumn prize is the Merveille du Jour (pictured below) – a beautiful species with marbled green wings which sometimes appears in autumn. Its wings perfectly imitate a lichen-covered branch.

Light traps, of which there are many designs and makes, are the best way to study moths as they can be left running overnight and checked the following morning. After a warm, still night, a trap may hold several hundred moths so it can take quite a long time to sort through them! However, an alternative and cheaper way of trying to attract moths is to paint a sweet mix of brown sugar and stale beer, or red wine, on a tree or a fence post and waiting for moths to appear as night falls. Sugaring, as this technique is known, attracts a limited variety but these include several impressive moths such as the Red Underwing and Old Lady.

We should have a few more warm, overcast evenings still to come so it might be worth looking in your garden with a torch to see which beautiful moths come to visit. We would love to hear what species you spot, please let us know on our social media channels by tagging @theparkstrust! 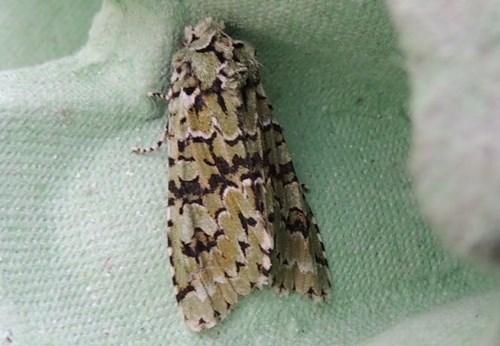