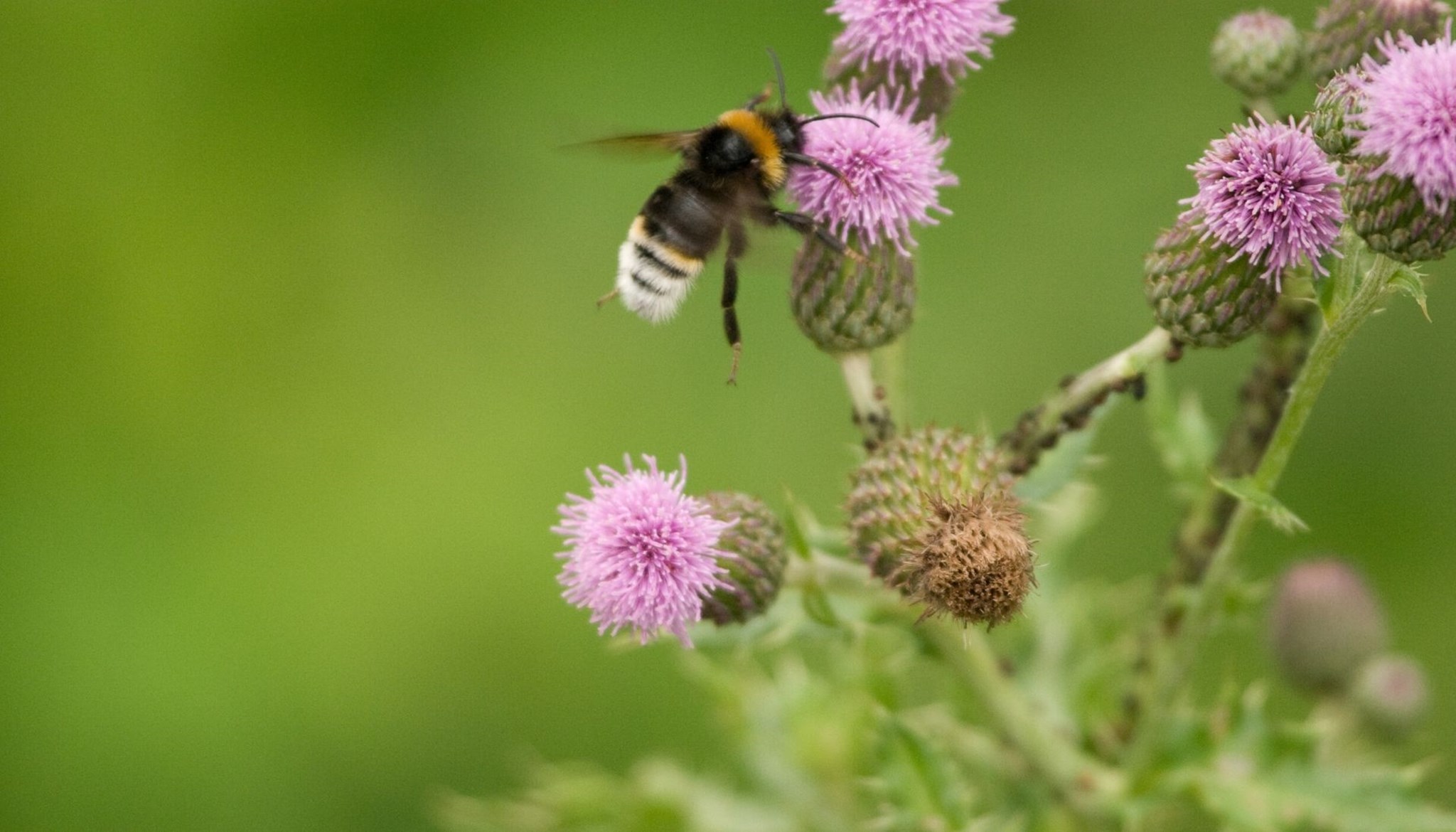 Spring is almost here! The warmer temperatures and the first burst of flowers has awoken the queen bumblebees…In the UK we have 24 native species of bumblebee, of which 9 have been identified in our parks and nature reserves in Milton Keynes.

Unlike their relative, the honey bee, bumblebees do not make honey, as they don’t store food over the winter. Bumblebees have an annual life cycle and each year a queen bumblebee will emerge from hibernation in the spring and find a good nest to raise a colony of sterile female workers. The worker bees forage for nectar and pollen from flowers to feed the growing colony and help to raise a new queen and male bees. The new queens mate and then they find somewhere safe to hibernate throughout the winter, to emerge the following spring and begin the cycle again.

Of our native bumblebee species recorded historically, three are now believed to be extinct and many others are in long-term decline. These widespread declines in distribution and abundance across all bumblebee species are driven predominantly by large-scale changes in countryside management. Since the 1930s, agricultural intensification and urban development have caused significant losses and fragmentation of flower-rich meadows across the UK, with a loss of 97% since the Second World War. The widespread use of pesticides such as, neonicotinoids, applied to control crop pests has also had detrimental impacts on wild bee populations, reducing their breeding success and resistance to disease. The combined effects of habitat fragmentation, reduced forage, pesticide contamination and poor weather conditions due to climate change have all contributed to the reduced survival rates of wild bee populations in the UK.

With dwindling habitat in rural areas, our urban green spaces are increasingly recognised as important refuges for bumblebees and other wild pollinators.  Whether you have a window box, allotment or a large garden, planting bee-friendly flowers can help to boost your local bumblebee population. You can find out more about the plants that pollinators love on the RHS website here.

In 2019, The Parks Trust volunteers joined the national effort to record bumblebee diversity in our parks by taking part in the Bumblebee Conservation Trust BeeWalk survey. Collecting data on the health of our local bumblebee populations will help us to inform and implement better pollinator management in our parks and nature reserves. You can become a BeeWalker in your local area on the Bumblebee Conservation Trust website here.  Or just have a go at identifying what is in your garden with this handy identification guide.