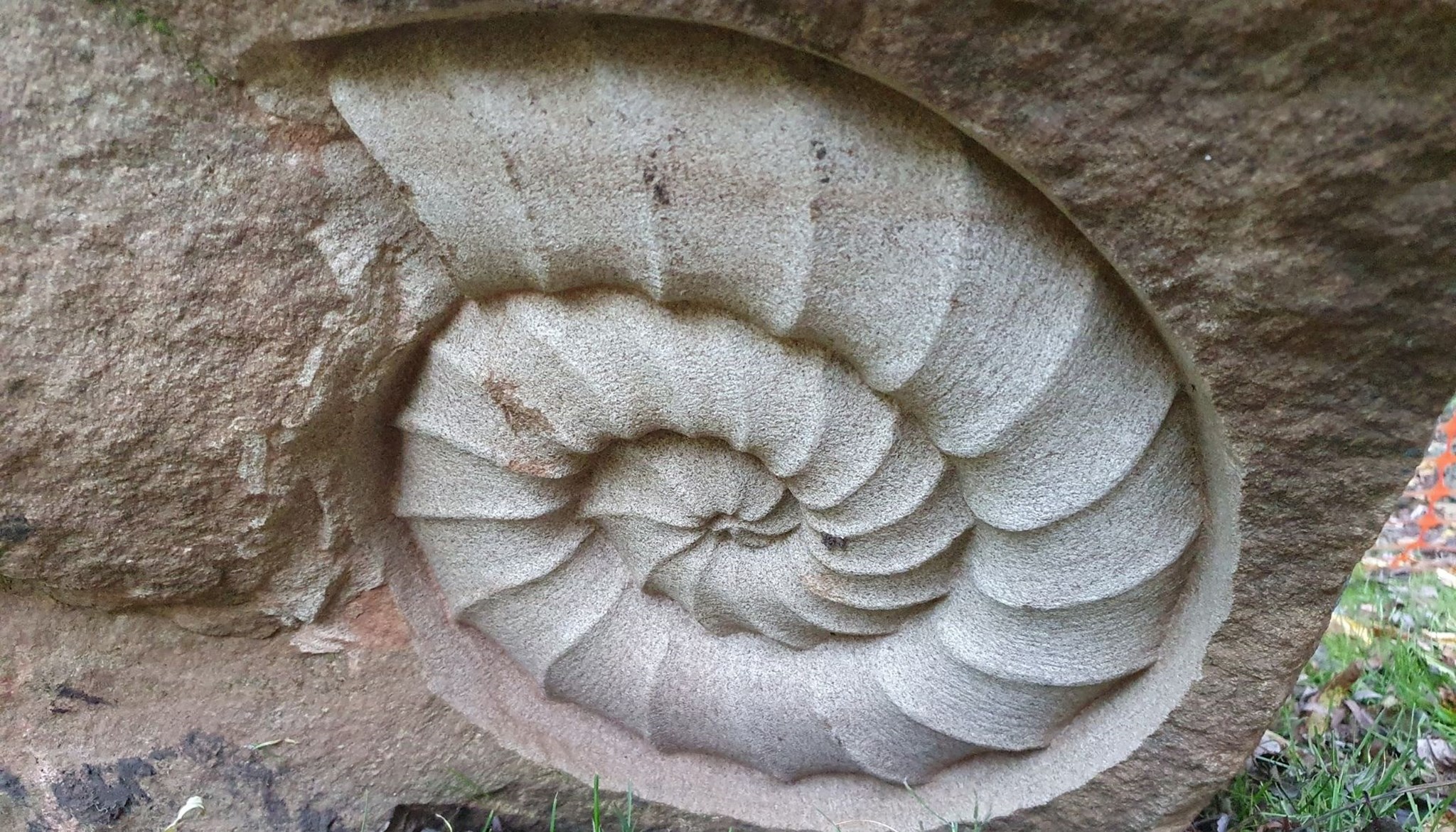 Great Linford Manor Park is a local geological site, noted for its Blisworth limestone bedrock and the remains of a quarry that was used for stone to make the buildings in the park. Boulders that were removed from the quarry were arranged into the stone circle area that has been loved by Linford children for generations. The stones are also home to fossils from the Jurassic era, when Great Linford was a shallow tropical sea. Click here to find out more about the park's ancient origins.

Inspired by the stones, local stonemason Louis Francis has carved beautiful fossils into 3 freshly-hewn boulders. You can spot an ammonite and a scallop shell and one of the boulders forms a plinth in the quarry area where children can perform. The boulders are made from sandstone, which holds its shape when carved.

You can find the boulders at What3Words: openly.crowd.handbag.

Other sculptures in the park...