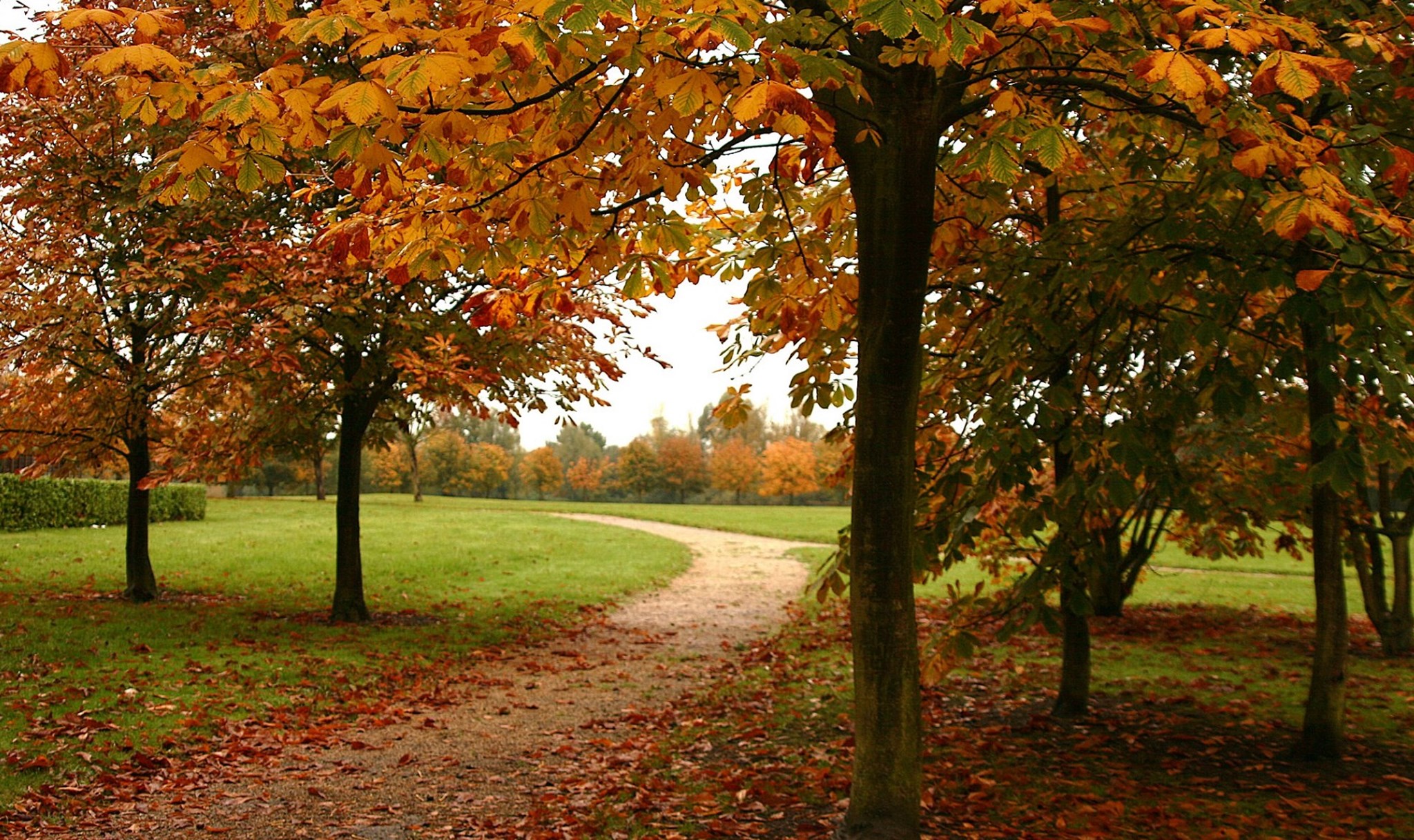 The Horse Chestnut is a much-loved tree that shows a lovely white blossom in the spring and then as summer moves into autumn produces the much-fabled conker and associated happy childhood memories of collecting the conkers and then launching them into battle. Contrary to general belief the Horse Chestnut (Aesculus Hippocastanum) is not native to the UK. It was introduced to the UK in the 16th century from the Balkans.

Unfortunately, over the last few years the Horse Chestnut has become victim to several pests and pathogens, some of which leave the tree looking unsightly, while others offer more of a terminal threat. Below is a list and a brief description of some of the more serious and widespread diseases.

The larvae of the ‘Horse Chestnut Leaf Miner moth’ (Cameraria ohridella) cause the Horse Chestnut trees leaves to prematurely wither and fall, making it look like autumn has arrived in early August. Initially the burrowing larvae produces large red/brown blotches that tend to be concentrated at the tips and margins of the leaves, before mining their way into the central sections of the leaves. High densities of larvae will destroy most of the leaf and its tissues. https://www.rhs.org.uk/advice/profile?pid=533

This pest was first observed in the UK on Wimbledon Common in 2002. Since that time the pest has progressively moved through the country. Control is very difficult and almost impossible in plantation situations. The pupa over-winters in leaves on the ground and one control method is to remove the leaves from the ground during the winter. Mainly due to the cost/resource issues of carrying this out, this control method is only really effective when trying to protect individual trees or small avenues of Horse Chestnut. There has been some work regarding injecting individual trees with a garlic solution; this control method is quite expensive and has time limited success.

Leaf blotch damage is caused by the fungus Guignardia aesculi, which causes partial death of leaves and gives them a brown/yellow blotch, which can almost extend to the whole leaf. Although common in MK, this fungus is not as prevalent as the Leaf Miner Moth. 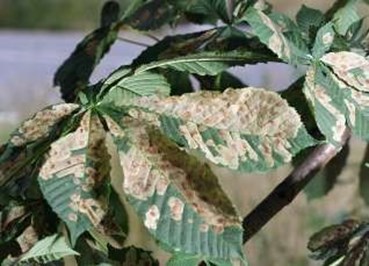 Leaf blotch and Leaf Miner Moth disfigure the leaves, and while they do not actually directly kill the tree, they do contribute to putting the tree under stress. This in turn opens them up to other more lethal pathogens, while slowing down growth rates and making the trees look visually unattractive from mid-July onwards.

Other pathogens associated with Horse Chestnut that can lead to harming, disfiguring or even death of the tree include fungal canker called Phytophthora cactorum and Phytophthora plurivora, (first seen in the UK in the 1960’s). Pseudomonas syringae pv aesculin, a bacterial bleeding canker, was first identified in 2005/06 and is the more aggressive in its attack on Horse Chestnut trees. Source; Forest Research

Indications of attack of these diseases include a dark area on the main stem, dying or flaking bark and a black liquid/stain that appears on the bark. These diseases tend to attack individual trees already under stress, but thankfully will not necessarily attack every tree within a vicinity. In Milton Keynes we have many examples of where one tree is under attack but the group of trees around the affected tree, are not being attacked.

How does the Trust deal with these diseases?

One of the effects of climate change is that tree species native to the British Isles are subject to an ever-increasing amount and range of pests and diseases, which in the past have been confined to other parts of the globe. One tactic the Trust uses to counter such pest and pathogen threats, is to encourage a diversity of species, rather than mono-cultures. For example, when carrying out thinning works, we look to retain a mix of tree species rather than one type. In the event of a significant disease out-break, this tactic will help stop whole areas of trees being wiped out. Such actions may also help protect a lone Horse Chestnut tree that finds itself in the middle of other tree species.

Because there is a relatively small choice of native British trees species (just over 20 and not all these are suitable to the soils and climate of Milton Keynes), we do nurture and plant non-native species, such as Norway Maple and Corsican Pine.

When carrying out new planting works, we tend to select tree species that have a good record against pest or pathogen attack such as the Wild Service Tree. We have no intention of removing Horse Chestnuts from the landscape of Milton Keynes but currently, with so many pests and pathogens associated with the tree, it is not sensible to plant more of them. Where we have significant Horse Chestnuts of note, we do collect the leaves in the autumn to try and reduce the sustainability of the Leaf Miner moth and its over wintering eggs.