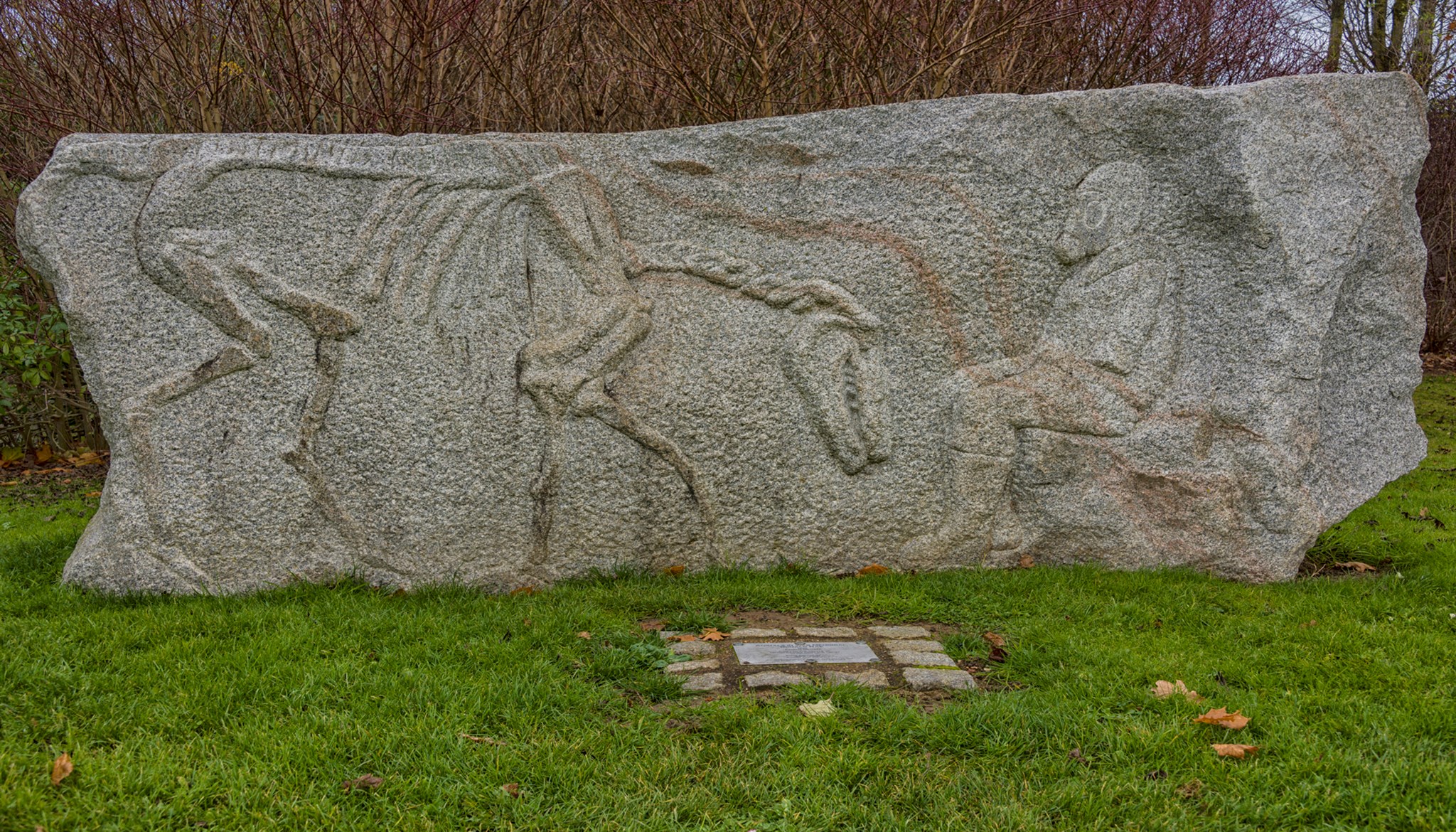 Gifted by the sculptor in 2015 to the people of Milton Keynes in memory of Edna Read (1929-2012) who was an active promoter of public art in the new city. Animals in War is a granite memorial of all animals that have died in wars, in particular the horses that died in their millions in World War I. The soldier with half an arm missing and wearing a gas mask is a reference to the horrors of chemical warfare.