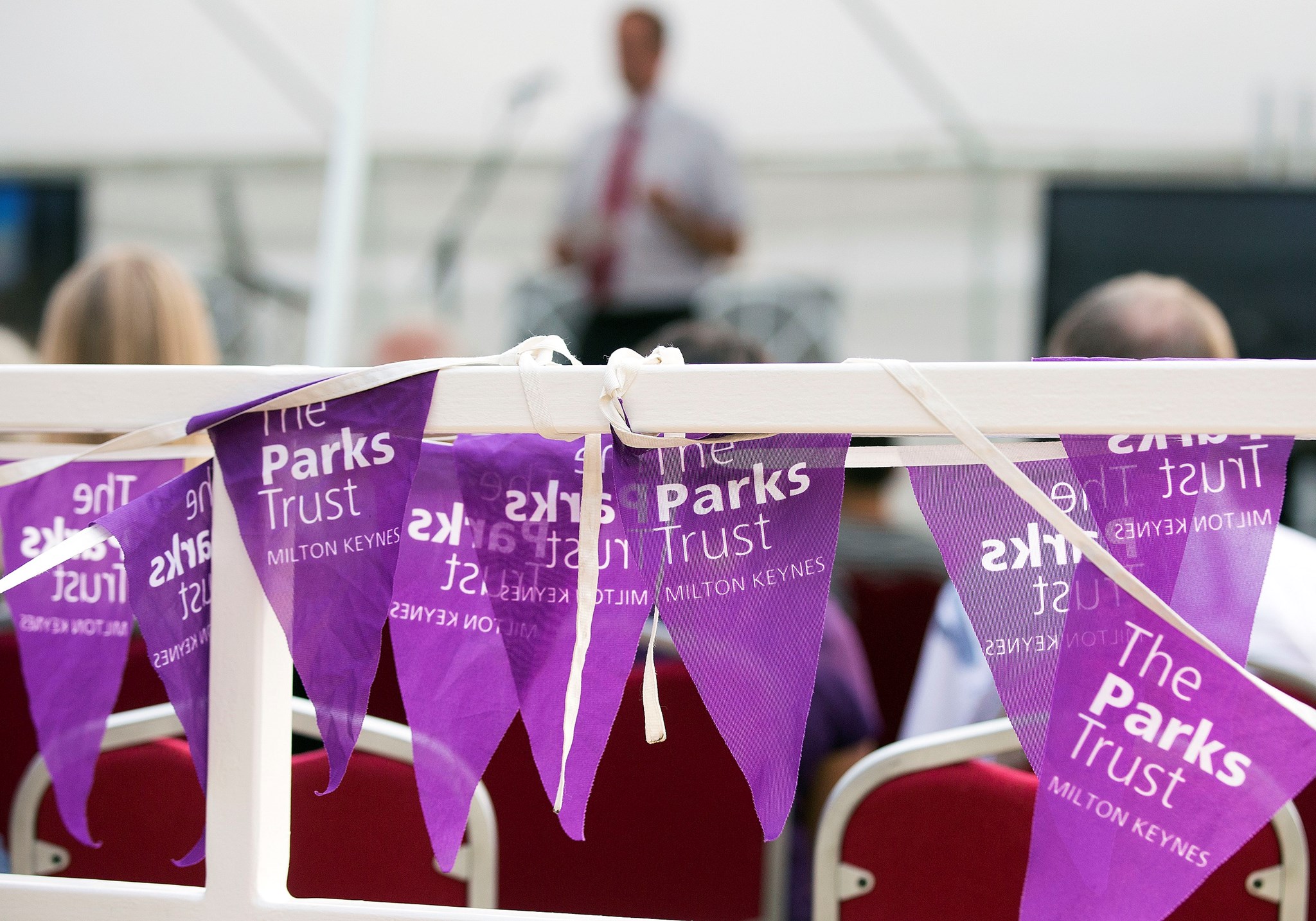 As The Parks Trust gears up for its Annual Public Meeting this coming Thursday, the 19th July, more details have been revealed about the event. The meeting will take place at our office in Campbell Park, more information can be found here.
The Annual Public Meeting gives people from across Milton Keynes the opportunity to find out more about how we manage the green space across the city – as well as ask any difficult questions!
The event will begin at 6pm with a drinks reception, before the meeting is opened at 6.30pm by our chairman Richard Forman.
There will then be a series of short speeches by our Chief Executive David Foster, Board Member Gamiel Yafai and Biodiversity Officer Martin Kincaid.
A short Question and Answer session will take place, before the event closes around 8pm.

Further details can be found about the individual speakers below:

David Foster - Chief Executive
David Foster is Chief Executive of The Parks Trust which he joined in 2003.
In 1979 David started his career in the park ranger service in the landscape and planning team at Warrington and Runcorn Development Corporation and later moved to Warrington Borough Council. In 1987 he joined the national regeneration charity Groundwork and then went on to run the national horticultural therapy charity, Thrive (1998-2003). David has thirty years’ experience of charity management and is also on the board of The Safety Centre which is a local charity in Milton Keynes.

Richard Forman - Chairman of the Board
Richard is a Director of the Fevore Group, based in Milton Keynes. The group is principally focused on automotive services and property investment and consultancy.
Prior to managing its sale in 2011, Richard was also Chief Executive of Fevore's sister company, Wayside Group, a top 30 UK motor retailer. Richard is a Chartered Surveyor and before joining Fevore/Wayside was a Group Board Director of Lambert Smith Hampton and its predecessor companies.

Gamiel Yafai – Board Member
Gamiel is the Managing Director of a diversity consultancy and has worked with some of the UK’s largest employers to design and implement change strategies and action plans through inclusive practices to attract new talent from diverse backgrounds and to support existing talent to reach their potential. Gamiel is the recipient of the Global Diversity Leadership Award presented by the Global HRD Congress. Gamiel is also a trustee of Milton Keynes Homelessness Partnership.

Martin Kincaid – Biodiversity Officer
Martin Kincaid has been The Parks Trust’s Biodiversity Officer since 2012 having previously been Volunteers Coordinator. He started with The Trust as a volunteer in 1997. He has lived in Milton Keynes for most of his life and has studied and recorded its flora and fauna for many years. Martin is closely involved with Milton Keynes Natural History Society and records for other environmental groups such as Butterfly Conservation and the Bat Conservation Trust.