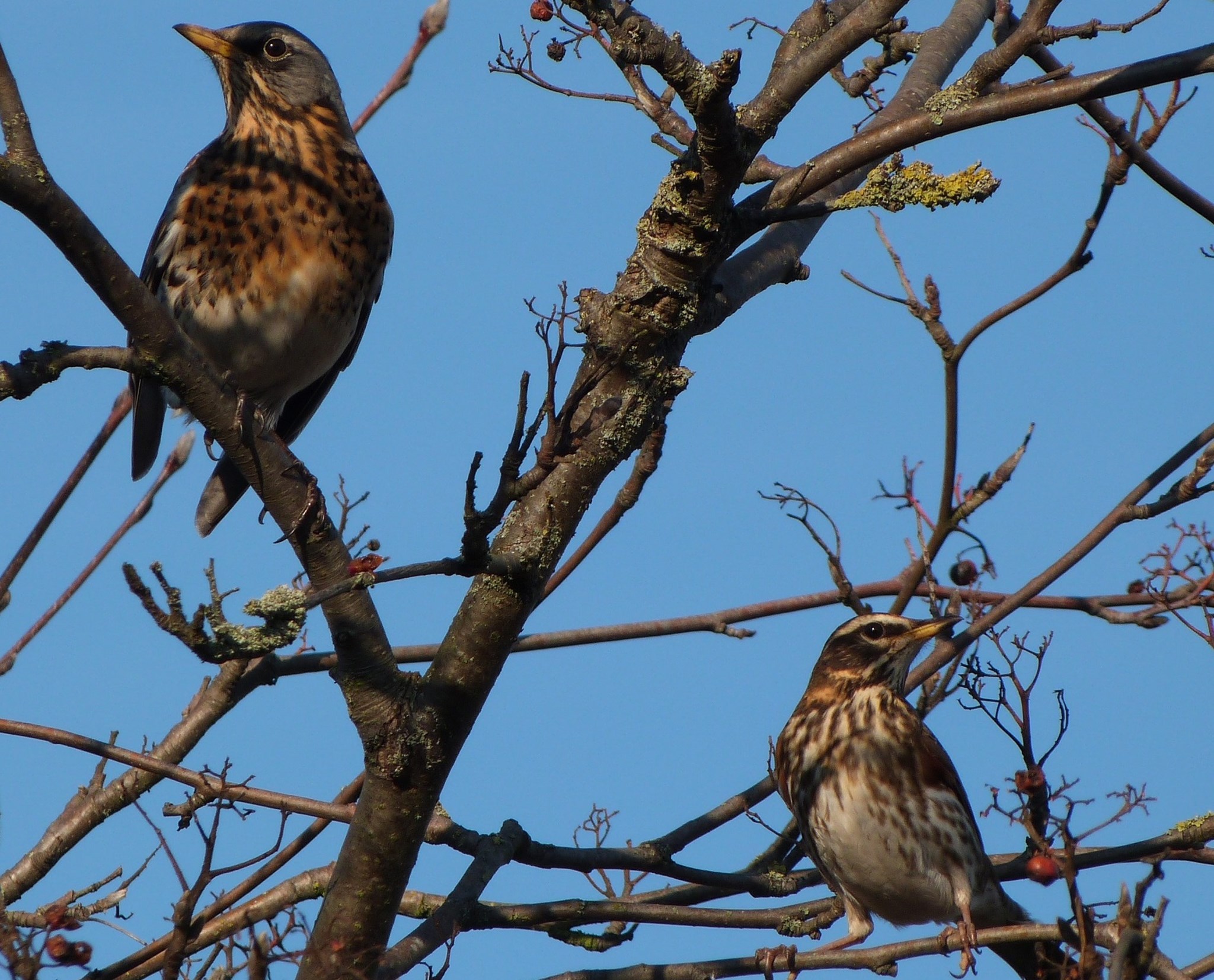 Among the many bird species which visit the UK during the winter months are two very handsome but relatively little-known thrushes. These are the Redwing and the Fieldfare. These birds breed in Scandanavia and north-east Europe, as far east as Russia, but from October hundreds of thousands of them migrate to our shores to feed on the berries of hawthorn, mountain ash, cotoneaster and many other trees.

The Redwing is a striking looking thrush, quite small at about 20-21cm long. At first glance it is similar to a Song Thrush but its distinguishing features are the broad white brow over its eye and the bright red flash under its wings which give the bird its name. It also has a distinctive contact call and should you stand out in your garden on a chilly winter’s night you may well hear the thin, high-pitched ‘pseep’ call of redwings flocking overhead.

The Fieldfare is larger at about 25cm and an altogether stouter and chunkier looking bird than the Redwing. It has a dapper plumage with grey head and rump contrasted against a chestnut brown body and wings, with its belly heavily spotted like those of other thrush species. Its call is completely different to that of its cousin, being a series of harsh ‘chuck chuck’ notes.

Redwings and Fieldfares nearly always associate closely with one another and it is thought that mixed flocks of both species sometimes migrate together from northern Europe to Britain. In the harsh winter of 2017-18 these normally shy birds could be seen almost everywhere locally and would often be tempted into MK gardens looking for food. The best places to look for them locally are areas of farmland such as those at Ouse Valley Park and Ouzel Valley Park, where they can often be seen resting in mature hedgerows. Woodland edges are also good places to see them. Although this winter has so far been rather mild and their numbers lower than normal, it is worth looking for them during a cold snap!